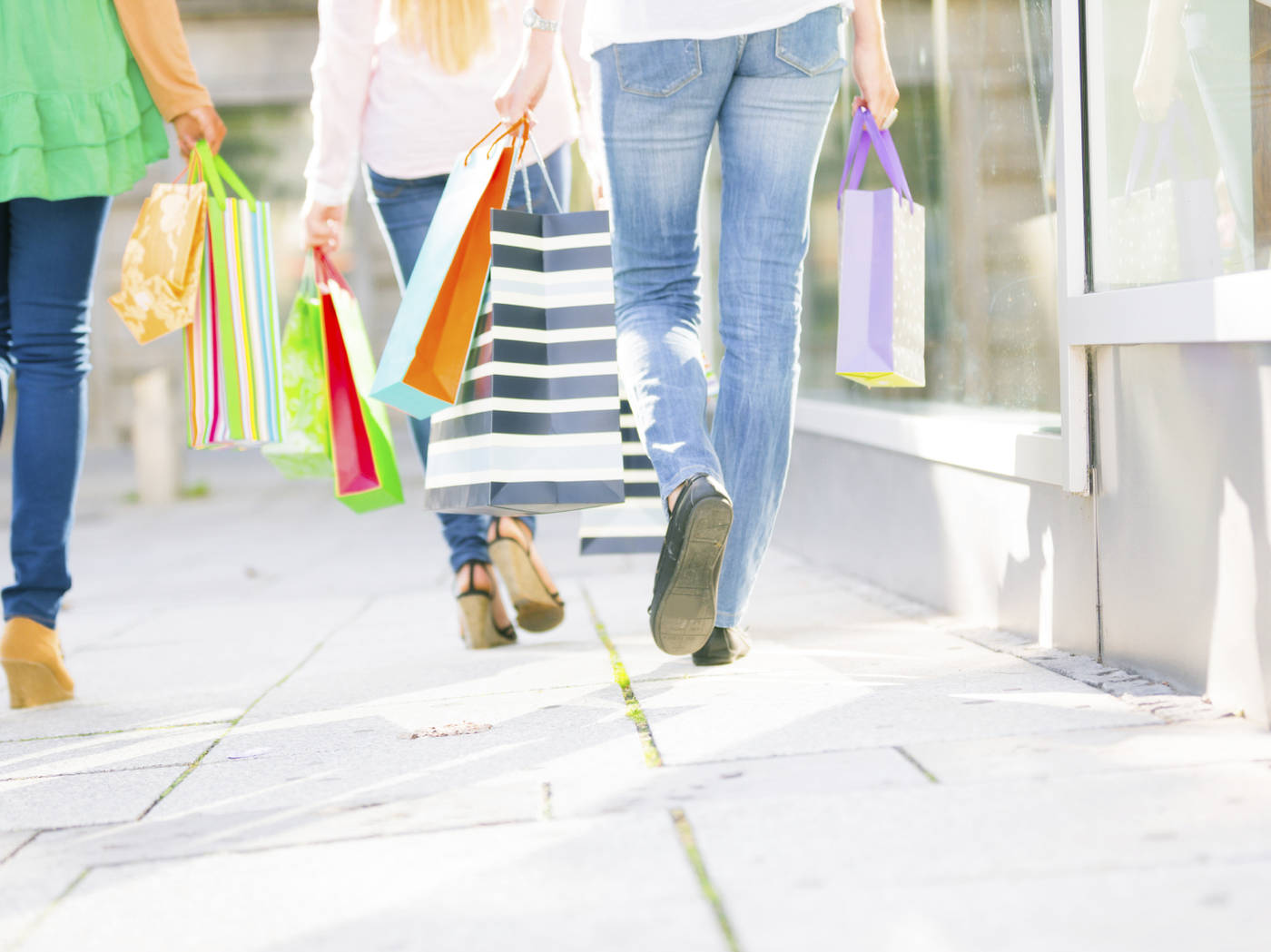 Shopping in PittsburghPittsburgh’s neighborhoods provide happy hunting grounds for those who like to pop into trendy boutiques, bookstores and locally owned mom-and- pops offering unique home furnishings and all forms of bric-a-brac. You’ll mostly find malls and their anchors in the suburbs, while themed complexes downtown and in surrounding areas offer the shopper a little something extra—entertainment, cute bistros and other diversions amid popular chains and specialty retailers.

The downtown Golden Triangle is defined as the area roughly from Point State Park to Crosstown Boulevard, tucked between the Allegheny River on the north and the Monongahela River on the south. If you’re in the market for some classy baubles, make a beeline to the Clark Building at Liberty Avenue and Seventh Street. Considered the city’s “diamond district,” the art deco structure contains retail, wholesale and estate jewelers.

Fifth Avenue Place reigns proudly at Fifth and Liberty, an impressive landmark crowned with a massive pyramid and steeple. It’s a favorite haunt of downtown professionals who dash in during lunch to search for clothes and gifts.

Forbes Avenue, near Carnegie Mellon University in the Oakland neighborhood is south of Fifth Avenue, and features shopping and dining near the school and medical centers.

East of downtown, there are several neighborhoods chock full of shopping delights. Closest to the Golden Triangle is the thriving Strip District (named for a narrow, mile-long stretch), where you’ll find a delectable selection of culinary items—locals come here for pastas, exotic coffees, luscious pastries, gourmet finds and ethnic specialties. The Strip is in full swing on Saturday mornings, a colorful array of street performers, food and knick-knack vendors, and farmers displaying fresh produce. The 16:62 Design Zone, extending from the district’s 16th Street Bridge to the 62nd Street Bridge in Lawrenceville, hosts many businesses focusing on furniture and home décor. One of the city’s oldest neighborhoods, Lawrenceville also contributes to the retail scene by way of eclectic boutiques and art studios—you’ll find them dotted along Butler Street, Penn Avenue and Hatfield Street.

The Shadyside neighborhood is about 15 minutes east of downtown. Popular chains and specialty stores are sprinkled throughout upscale Walnut Street, with trendy cafés in-between perfect for refueling. Ellsworth Avenue presents a more local spin, punctuated with home accessory shops, art galleries and the occasional coffee place. You’ll also stumble across some unique finds on the area’s side streets.

The South Craig Street business district is the commercial hub of Oakland, another East End neighborhood. Refurbished row houses contain funky little bistros frequented by University of Pittsburgh and Carnegie Mellon University students, while businesses tout books, gifts and other knick-knacks. The shops of Squirrel Hill, east of Oakland, are mainly situated on Murray and Forbes. Kosher groceries, ethnic eateries and locally owned businesses selling novelty items from a variety of cultures give the area a real international flair, and it’s fun hunting for resale clothing and souvenirs while indulging your sweet tooth at a bakery or coffeehouse. 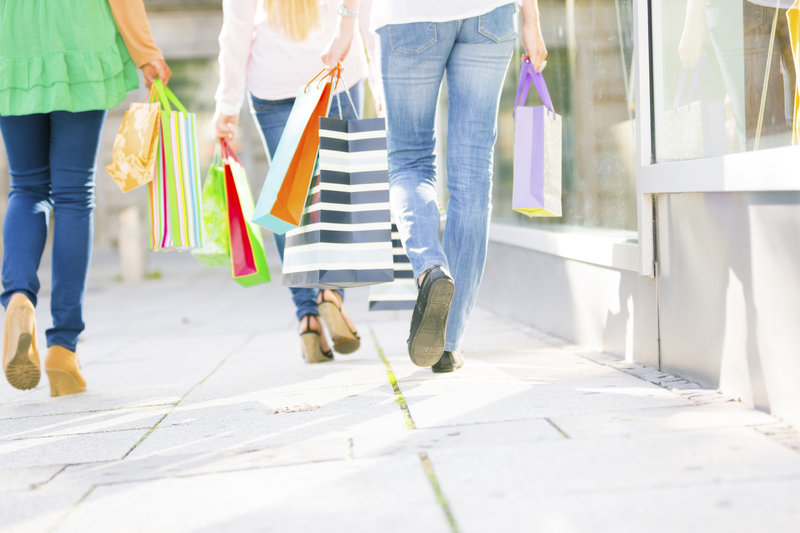 iStockphoto.com/nullplus
The area south of downtown across the Monongahela River also holds allure for shoppers. Conveniently, there’s a subway (“T”) stop at the Shops at Station Square, situated on Carson Street at the Smithfield Street Bridge. Savor the view of Pittsburgh’s skyline from this refurbished 19th-century railroad station with some 20 retailers, including Hard Rock Cafe. Station Square is also a popular dining, entertainment and nightlife venue. SouthSide Works, East Carson and 27th streets, is an outdoor complex complete with town square. High-end boutiques of both national and local stature are the draw here, and you’ll also have your pick of the best-loved chains. Those just along for the ride can enjoy a movie or a meal. (Incidentally, the stretch of East Carson Street linking Station Square with SouthSide Works is home to jewelry, antique and novelty stores as well as plenty of cafes, bars and coffeehouses.) Farther southeast across the Homestead Grays Bridge (formerly the High-Level Bridge) and recognizable by its massive brick smokestacks, The Waterfront provides open-air shopping and entertainment bordering the Monongahela River on the site of a former steel mill; the 260-acre retail behemoth’s temptations are enhanced by the sweeping river view.

The suburban mall is alive and kicking in Pittsburgh, and if you arrived via plane you probably had your first taste of mall mania as you wandered past the vast assortment of shops and restaurants at Fraport USA (formerly the AIRMALL). Near the airport off SR 60, Robinson Town Centre and The Mall at Robinson serve the western suburbs. The southern suburbs tout the 130-store South Hills Village, off US 19 between Upper St. Clair and Bethel Park. In Bethel Park at the intersection of US 19 and Fort Couch Road, Village Square specializes in such discounters as Burlington and Kohl's. In the South Hills off US 19 is the Galleria of Mt. Lebanon, which features Ann Taylor, Williams-Sonoma and other chains.

Heading east on US 22 near the Pennsylvania Turnpike is Monroeville Mall; its 160 establishments are the commercial heart of this suburban region. Northeast of Pittsburgh off SR 28 exit 12A in Tarentum is Galleria at Pittsburgh Mills, with Macy's. Farther out tucked into the North Hills are McIntyre Square, North Hills Village, The Block Northway and the upscale Ross Park Mall—all on McKnight Road. Branches of most large department stores can be found in these four shopping complexes. 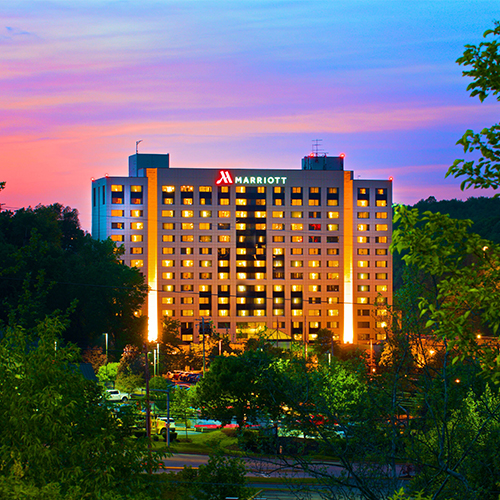