More About
Prince George, BC
HotelsAttractionsRestaurantsCampgrounds

About Prince GeorgeAt the confluence of the Nechako and Fraser rivers, the area was visited in 1793 by Alexander Mackenzie in his trek down the Fraser to the Pacific. In 1807 it became the site for Simon Fraser's North West Co. fort. Fraser's canoe brigades soon gave way to paddlewheelers and then railroads, which converged on this important northern crossroads. Prince George remains a major transportation and trade center, a role enhanced by a thriving forest industry.

Despite its urban transformation, the city has retained much of its natural heritage in its 116 parks. Of interest are Fort George Park, which contains a replica of Fraser's trading post; Connaught Park's manicured gardens and scenic views; and Cottonwood Island Park, which includes the Prince George Railway & Forestry Museum and its collection of railroad artifacts and cars.

Prince George blends its pastoral features with such cultural centers as Studio 2880 and Vanier Hall. Studio 2880, home to six craft guilds, is the site of craft markets and special events throughout the year. Concerts by the Prince George Symphony and by visiting performers are held in Vanier Hall.

These cultural amenities coexist with the more rugged recreational opportunities available in the wilderness that surrounds the city. Nearby lakes, rivers and mountains present an array of activities ranging from rugged back-country hikes and fishing to skiing and ice-skating.

Things to Do The Exploration Place Museum & Science Centre 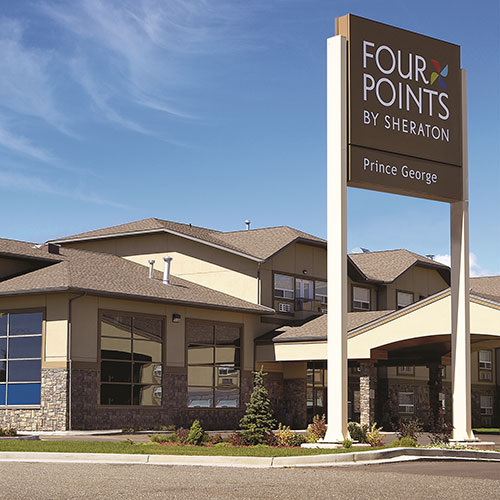