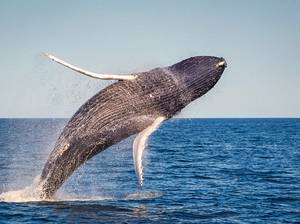 About ProvincetownIf one thinks of Cape Cod as an arm flexing its bicep, Provincetown—located at the northern end of an especially scenic portion of US 6—would be the fist. Isolated at the tip of the cape, this was the site of the first landing of the Pilgrims; a monument on High Pole Hill commemorates the event. By the mid-1700s, Provincetown had become a busy port filled with sailors, many of them Portuguese, who depended upon the sea for their livelihoods.

After the Portland Gale of 1898 wreaked havoc on the coast and, consequently, the fishing and whaling industries, the settlement evolved into an art colony and a summer retreat. While mariners still make a living here today, they're now joined by sculptors and landscape painters as well as droves of sightseers seeking fresh seafood and sugary malassadas (Portuguese doughnuts).

For decades this tourist haven has attracted members of the LGBTQ community as well. Rainbow flags fly from countless wood-shingled residences and businesses nearly year-round, though it's in summer that this sleepy New England village transforms into an East Coast mecca for gays and lesbians. In season, glib drag queens are out in force along Commercial Street, handing out show flyers to the throngs of vacationers—from gray-haired same-sex couples to families with kids to club-happy twentysomethings—who descend upon Provincetown come Memorial Day weekend.

Ask a repeat visitor why he or she keeps returning and you'll get a response peppered with adjectives like “diverse” and “outrageous”—two words that aptly describe the pinnacle of P-town's summertime LGBT festivities, Carnival Week , an over-the-top bash held in mid-August. But, gay or straight, young or old, married or single, everyone knows a trip to Provincetown is all about letting loose, being yourself and just having fun.

Arriving by car, ferry (Bay State Cruise Co. or Boston Harbor City Cruises) or plane (Cape Air), Northeasterners clad in flip-flops and leisurewear come ready to enjoy the miles of beaches that line both sides of the peninsula. Seal sightings are a common occurrence at Race Point Beach, known for its frigid Atlantic surf and majestic sand dunes. The most popular place for swimming is Herring Cove Beach; this bayside spot also is where amateur photogs and canoodling twosomes converge at dusk. Join them and you'll quickly see what all the hubbub is about: a dazzling sunset where the blazing orb slips below the horizon and “sinks” into the ocean.

Race Point and Herring Cove are both part of Cape Cod National Seashore. The national seashore embraces a number of recreational trails, including the strenuous Province Lands Bike Trail, a hilly loop through the area's vast dune system. Two-wheelers, the most popular form of transportation in compact Provincetown (a 17.5-square-mile expanse, of which 7.8 square miles are water), may be rented from Arnold's, 329 Commercial St., (508) 487-0844; Gale Force Bikes,144 Bradford St. Ext., (508) 487-4849; or Ptown Bikes, 42 Bradford St., (508) 487-8735.

A fee of $20 per private vehicle is charged for parking at either Race Point or Herring Cove. From Memorial Day weekend to mid-June, a shuttle operated by the Cape Cod Regional Transit Authority (CCRTA) provides service to both beaches as well as to MacMillan Pier and the Province Lands Visitor Center. For more information, phone the CCRTA at (508) 385-1430 or (800) 352-7155.

ShoppingOut-of-towners browsing along Commercial Street tend to dillydally as they make their way from one cottage-turned-showroom to the next. Provincetown's handsome waterfront, visible through alleyways and over sloped, shingled roofs, easily steals attention away from souvenir shops hawking mugs, T-shirts and key chains. A visit to Whaler's Wharf —a small mall of sorts that opens to the beach—almost always culminates in an impromptu seaside stroll.

As you might expect, P-town vendors peddle plenty of ocean-inspired bric-a-brac, everything from hand-painted decorative seashells to lobster salt and pepper shakers. The king of nautical knickknacks and apparel is Marine Specialties (235 Commercial St.), its maze of clothes racks and overloaded sales bins a veritable treasure-trove for bargain hunters. Of course, we'd be misleading you if we didn't mention this army-navy store also sells a lot of junk. But the random inventory, emphasized by oddly intermingled commodities like gas masks, salvaged buoys, Hello Kitty purses and feather boas, is part of the merchant's allure.

Similarly chock-full of a little bit of anything and everything is Shop Therapy (286 Commercial St.). Thanks to psychedelic murals blanketing the exterior, the eclectic store regularly lures tweens and teens inside. Also enticing youthful passersby is the scent of incense wafting onto Commercial Street, along with never-ending displays of colorful tie-dyed clothing and gag items—like hats with built-in dreadlocks and novelty tees imprinted with not-so-G-rated slogans. Parents should keep in mind that this hard-to-miss hippie bazaar caters to adults, too, selling tobacco accessories and erotica in an upstairs, 18+ area.

For merchandise specifically geared toward kids (and kids at heart), stop in at Puzzle Me This (290 Commercial St.), a longtime purveyor of a mind-boggling jigsaws, games and books. Another local institution perpetually swarming with giddy wee ones is Provincetown Fudge Factory (210 Commercial St.). Open since 1984, the retail outlet is known far and wide for its decadent handcrafted confections.

While inexpensive tank tops embossed with rainbow-lettered decals fill many a storefront window, sophisticated artwork can be found on nearly every block. The funky West End shelters several artists' studios, including that of well-known Provincetown resident Alice Brock (the Alice of folk singer Arlo Guthrie's “Alice's Restaurant”). The East End Gallery District encompasses a variety of contemporary Commercial Street venues, including The Schoolhouse Gallery (494 Commercial St.), which—yes, you guessed it—resides in an old school building. Also here are the renowned DNA gallery (it stands for “Definitive New Art”) and the Berta Walker Gallery , both on Bradford Street.

Provincetown's antiques dealers thankfully lack the stuffy attitude you'll sometimes encounter in other parts of the state. Brimming with quality antique “smalls,” Yesterday's Treasures (176 Commercial St.) carries a wide range of one-of-a-kind goods to suit any budget. And the quirky signs outside Mother's-Little Shop Around the Corner (371 Commercial St.) will have you smiling before you even enter the well-curated vintage depot.

NightlifeWhile colorful, body-hugging Speedos are considered appropriate attire for many of P-town's summertime fetes, the Tea Dance at the Boatslip Beach Club (161 Commercial St.) is undoubtedly the place to let it all hang out. Spinning old-school '70s, '80s and '90s jams on Thursdays and high-energy house music the rest of the week, resident DJ Maryalice turns an oceanfront deck crowded with bronzed gay vacationers into the cape's most out-of-control cocktail hour. This dance party is where you want to be come 4 p.m.—even if you decide to ditch the Speedo for a more forgiving pair of board shorts. Phone (508) 487-1669.

Opened in 1798, the Atlantic House (6 Masonic Pl.) grew into a hotbed of bohemian activity as artists and writers began outnumbering whalers and fishermen in Provincetown. Over the years the establishment attracted everyone from Eugene O'Neill and Tennessee Williams to a young, not-yet-famous Barbra Streisand. One of the East Coast's most venerable LGBT bars, today's “A-House”—a prim-looking structure with a picketed porch—encompasses the nautically themed Little Bar (the original 18th-century tavern), plus several indoor and outdoor additions for your drinking and dancing enjoyment. Phone (508) 487-3169.

Also offering multiple late-night venues is The Crown & Anchor , a waterfront complex on Commercial Street. As laid-back couples chill at the Wave Video Bar and the Central House piano bar, social butterflies spill out of the Paramount, a bass-heavy club known for its uninhibited, deejayed pool parties. With The Crown also hosting such gender-bending cabaret shows as the long-running Illusions Drag Revue, candid drag queens—both the glamorous (Miss Coco Peru) and the screwball (Miss Richfield 1981) variety—hold court pretty much wherever they please. Phone (508) 487-1430.

The Squealing Pig Pub (335 Commercial St.) is the kind of cozy, relaxed establishment you need the day after the day you say you're finally done drinking. Snag a window seat to enjoy Commercial Street's non-stop tourist parade, or come on a Saturday, when up-and-coming local bands get the chance to rock out in front of a bunch of enthusiastic (read: drunk) bar patrons. When there's a big game on TV (Go Sox!), you'll find this purveyor of raw mollusks and fried fish filled to capacity with outspoken New England sports fans. Order a Pigswill, a delightful full-bodied English pale ale, and you'll fit right in—unless, of course, you're wearing a Yankees jersey. Phone (508) 487-5804.

When the bars and clubs shut down, Provincetown's unofficial after-party starts up just outside Spiritus Pizza (190 Commercial St.). And when you're tipsy and hungry and don't want the fun to end, what's better than late-night mingling and people watching in front of a mobbed pizza joint?

Things to Do Art's Dune Tours 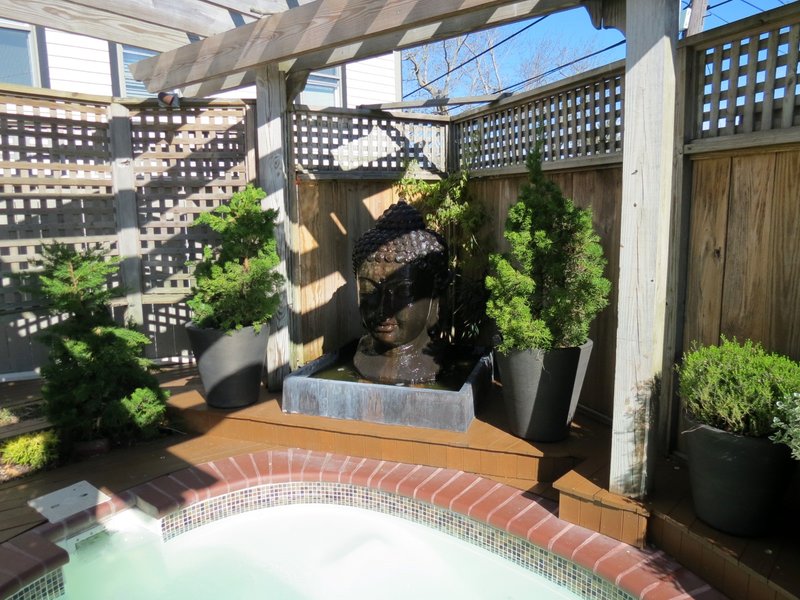 AAA Rate from
The Masthead