About RichlandPrior to World War II, Richland was a tranquil ranching settlement of approximately 200 people. The government selected the vast sage plains north of here as one of the development sites for the Manhattan Project, a top-secret nuclear weapons program which attracted tens of thousands of workers and scientists. After the war, many remained in this planned community. Over the years “Atomic City,” as Richland became known, developed into a major center of technological industries.

Free public tours of the B Reactor National Historic Landmark, the nuclear reactor that produced plutonium for the atomic bomb dropped on Nagasaki, Japan, during World War II, are offered by the Department of Energy in partnership with the National Park Service. The four-hour bus tours depart most Mondays through Saturdays, mid-April through mid-November; advance registration is required. For schedule and information, contact the Manhattan Project National Historical Park's Visitor Contact Station at 2000 Logston Blvd., (509) 376-1647.

Things to Do Bateman Island 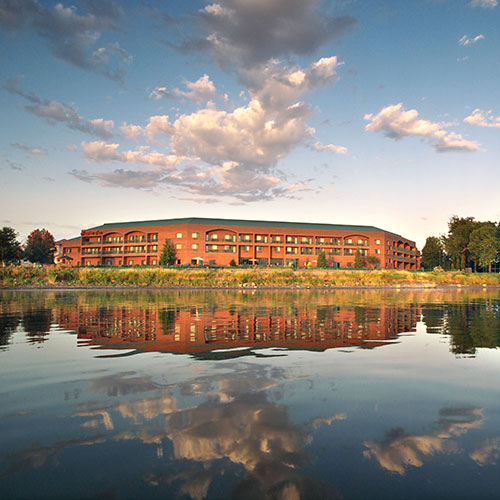 AAA Rate from
Book Now
The Lodge at Columbia Point