one day in richmond

One Day in RichmondAAA editors suggest these activities for a great short vacation experience.

Morning As you might expect, it’s all about the biscuits at Early Bird Biscuit Company (119 N. Robinson St.). In the heart of the Fan District, this small farmhouse-themed bakery serves flaky, buttery biscuits with both sweet and savory fillings. For breakfast try the Biscuit 'n Crazy, their delicious, peppery take on the classic Southern biscuits and gravy. Whatever you end up ordering, seating at the food place is limited, so your best bet may be to get your biscuits to go.

flickr/Brandi Watkins
Hollywood Cemetery (412 S. Cherry St.) is the final resting place of two U.S. presidents (James Monroe and John Tyler) as well as Confederate President Jefferson Davis. In addition to elaborate mausoleums and tombstones, the graveyard safeguards a 90-foot-high pyramid honoring 18,000 fallen Confederate soldiers, some of whom are said to haunt the grounds.

Spend the rest of your morning (and, possibly, your afternoon) learning about Richmond's past life as the capital of the Confederate States of America. Just a short jaunt east of Hollywood Cemetery are places to go like the Civil War Visitor Center at Tredegar Iron Works (470 Tredegar St.), the main visitor center for Richmond National Battlefield Park , and The American Civil War Museum at Historic Tredegar (500 Tredegar St.), which offers Confederate, Union and African-American perspectives on the 4-year conflict.

flickr/Ron Cogswell
Civil War buffs should certainly check out the The White House of the Confederacy (1201 E. Clay St.). The South's former executive mansion is within walking distance to several other historic sites and attractions, including the Virginia State Capitol (1000 Bank St.) and The Valentine (1015 E. Clay St.).

As an alternative to the game plan above, make your way to the Fan District. Despite the parking headaches of the Fan, the grandma-approved boxed lunches from Sally Bell's Kitchen (2337 W. Broad St.) are worth the stop. On weekdays, polite Virginians form ranks outside this tiny Richmond institution founded in the 1920s. Half the fun is in scooting off the butcher's string and peeling back the wax paper to reveal a sandwich, a deviled egg, potato or macaroni salad, a cheese wafer and an upside-down cupcake.

After refueling, while away your remaining daylight hours at Maymont (2201 Shields Lake Dr.), whose manicured gardens and 12,000-square-foot mansion will have you daydreaming about winning the Virginia Lottery. The Gilded Age estate is on the banks of the James River and offers plenty of things to see.

Evening Change into your stepping out clothes and spend the evening in Shockoe Slip. Once the city's mercantile hub, the historic district flaunting Italianate-style brick and iron front buildings is now the epicenter of Richmond nightlife.

A funkier bar scene continues down the hill into Shockoe Bottom, where refurbished warehouses now accommodate hip cafés, taverns and other places to go. Chill out at a manly wood-paneled watering hole or see a band play at a divey live music venue. If your dining tastes swing toward the casual end of the spectrum, duck into Bottoms Up Pizza (1700 Dock St.), a local hangout celebrated for tasty pies and—thanks to its location beneath the railroad tracks—raucous urban atmosphere.

One of the Funnest Places in Virginia

Fun Things to Do Inside and Outside of Richmond

What to Do in Richmond

Sports and Recreation in Richmond 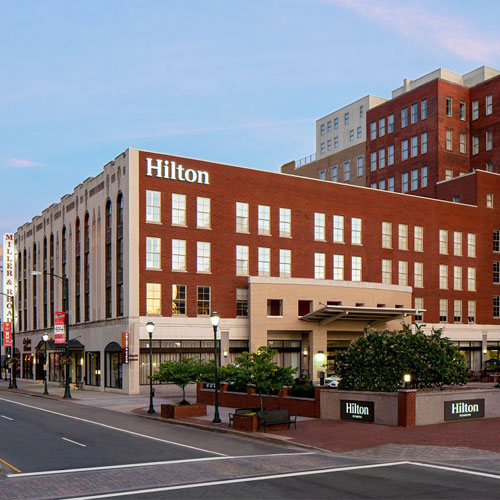 Virginia levies a 5.3 percent sales tax, which includes a 1 percent tax levied by city or county governments. The Richmond area has a lodging tax of 8 percent.

The Greater Richmond Transit Co. (GRTC) operates buses throughout most of the city and parts of Henrico County. The base fare for local routes is $1.50. Transfers cost 25c. Transfers must be purchased at the time your initial fare is paid. Reduced rates are available for senior citizens and the physically impaired. Go Cards, used in lieu of cash by customers boarding GRTC vehicles, are available for advance purchase at retail locations throughout the Richmond area for $10. Phone (804) 358-4782.