Whether you spend the day windsurfing on the Gulf or looking for where to eat in downtown St. Pete, you’ll find yourself in good company. More than 13 million people vacation in this tranquil locale each year. Here, you can shop, dine and unwind in cities crisscrossing the Pinellas Peninsula, a 280-square-mile tract situated between Tampa Bay and the Gulf of Mexico, or explore the coastal communities of Pasco County, one of nine counties comprising a 980,000-acre expanse dubbed the “Nature Coast.”

Since the late 1800s, tourism has been a key local industry. The completion of two bridges—the Gandy (1924) and the Courtney Campbell (1934), which linked Tampa with St. Petersburg and Clearwater respectively—helped firmly establish this expanse as a major travel destination. In fact, several elegant hotels and resorts built around the turn of the 19th century are still busy pampering discerning guests. Safety Harbor Resort and Spa, an elegant retreat built atop mineral springs, has welcomed travelers lured by the region’s purported health benefits since the 1920s. St. Pete Beach’s “pink palace,” The Don CeSar, began operating in 1928 and remains a vacation hot spot.

Home to Renaissance Vinoy, a Gatsby-era jewel overlooking Tampa Bay, St. Petersburg has long attracted wintering Northerners seeking a temperate climate and group travel enthusiasts. The city boasts an average 361 days of sunshine a year and holds the Guinness World Record for the most consecutive sunny days. Through the 1980s, St. Petersburg was widely known for its large population of sun-loving retirees; however, it has since emerged as a prominent cultural center. Today, you’ll find nearly 30 art galleries and museums in town—from the expanded Morean Arts Center, featuring a permanent collection of Dale Chihuly's world-renowned glass art, to The Dalí Museum, an impressive waterfront abode for Salvador Dalí oil paintings, sculptures, photographs and other things to see.

Cultural heavyweight St. Petersburg draws erudite vacationers, and Clearwater’s scenic vistas lure those seeking fun in the sun. But in this expansive destination area, these two captivating communities are just the crest of a foam-tipped wave. Many visitors choose to play on broad, graceful, white-sand beaches stretching for almost 35 miles from Crystal Beach south to Fort De Soto Park; others flock to Tarpon Springs to mingle with exuberant Opa!-shouting natives and eat at local restaurants during one of the city’s food- and music-packed celebrations. Along with a wide variety of watery recreational pursuits and things to do, including saltwater fishing, scuba diving and canoeing, sightseeing opportunities abound in the vicinity—from Largo’s arresting botanical gardens to Hubbard's Marina Cruises in Madeira Beach, where you can hop on a catamaran and scout the Gulf for dolphins. While a trip to the St. Petersburg-Clearwater area guarantees lots of R and R, you’ll find your vacation also laced with a bit of adventure travel—no matter where your boogie board, kayak or beach cruiser takes you. 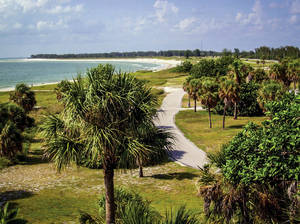 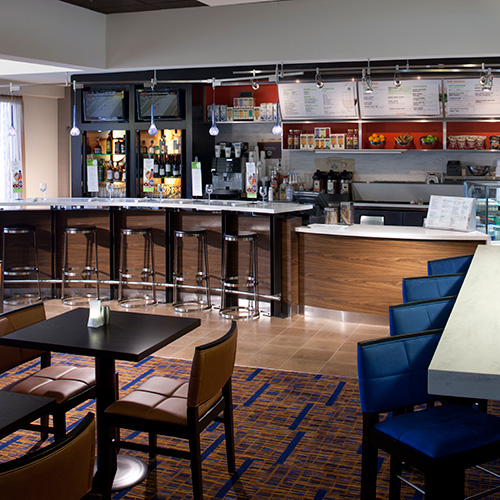 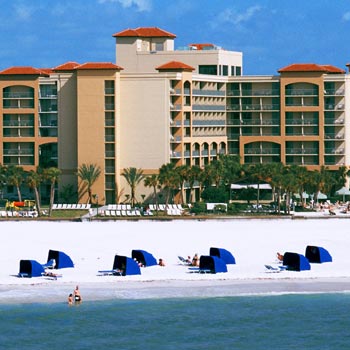