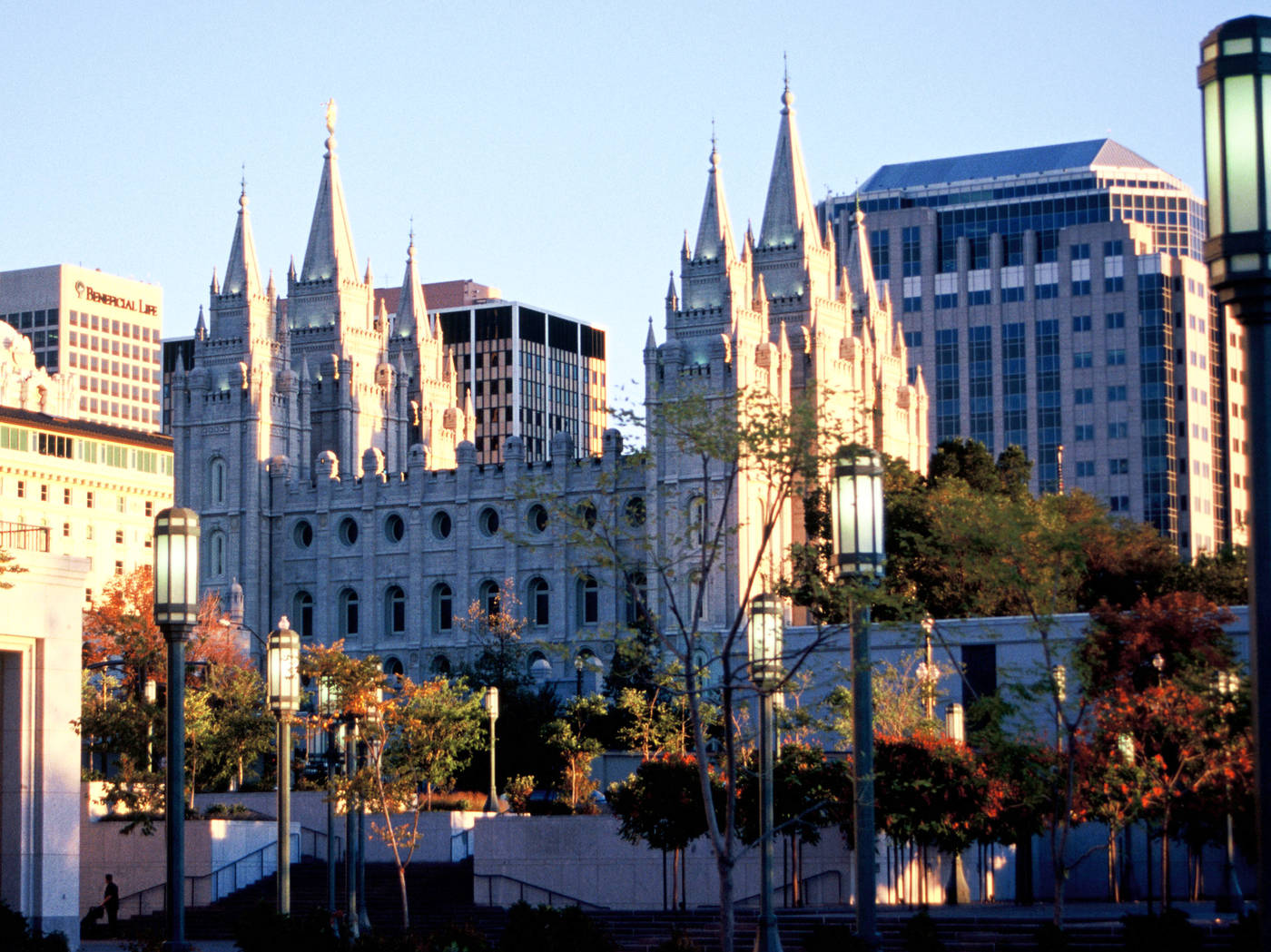 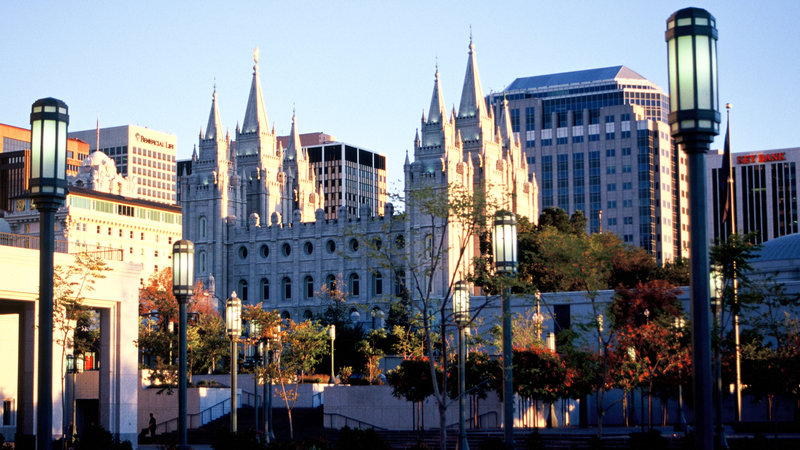 Courtesy of Visit Salt Lake
Joseph Smith Jr., the son of a poor upstate New York farmer, is said to have received a visit in 1827 from the angel Moroni. Smith said the angel, who was the son of the prophet Mormon, entrusted him with golden plates inscribed with symbols, which Smith translated into the Book of Mormon.

The name of the church, which began in 1830, is The Church of Jesus Christ of Latter-day Saints, or LDS Church; “Mormon” is a nickname. Mormons believe that Jesus Christ is the son of God and that divine revelation did not end with the disciples but continues today. They place strong emphasis on the family and rely on the leadership of lay members rather than professional clergy.

Smith advocated polygamy and was a polygamist himself. Although only a fraction of the Mormon population practiced polygamy at any time, advocacy of it led to strife with non-Mormons wherever the Mormons settled. Smith had designated Missouri as Zion, but persecution there forced the Mormons to move to Illinois, where they established the city of Nauvoo. Smith was arrested and jailed in neighboring towns; in 1844 he was shot to death by a mob that stormed Carthage City Jail.

Soon after Smith's death the church split into two factions. Mormons who rejected polygamy formed a “Reorganized Church” and returned to Missouri. A larger group followed Brigham Young to Utah in 1847, establishing Salt Lake City. Although Utah Mormons applied for statehood as early as 1849, their request was not granted until 1896, after the church abolished polygamy.