About San Juan CapistranoSan Juan Capistrano is set in rolling hills between the Santa Ana Mountains and the sea. It has several historic adobe buildings, and its restored 1895 Santa Fe Railroad station is now an Amtrak terminal and restaurant.

The Los Rios Historic District , the O'Neill Museum historic adobes and colorful stories about downtown history are part of a guided tour offered by the San Juan Capistrano Historical Society and Friends of the Library. Guided tours range from 45-90 minutes and depart from the train depot at the foot of Verdugo Street every Saturday at 10 and 1; Donations. For information about the 10 a.m. tour phone (949) 489-0736; for the 1 p.m. tour phone (949) 493-8444.

Across the tracks from the Santa Fe Railroad station is the Zoomars Petting Zoo, which features pony rides; phone (949) 831-6550.

For those seeking more adventure, a visit to the 8,000-acre Ronald W. Caspers Wilderness Park can get the adrenaline pumping. The park's rugged hills, seasonal streams, oak and sycamore trees, dense brush and wildlife provide a glimpse of what Southern California was like before the population influx. The park's permanent denizens include cottontails, squirrels, deer, coyotes, rattlesnakes and bobcats. Located at 33401 Ortego Hwy., the park is open 7 a.m. to dusk. Phone (949) 923-2210.

California MissionsTo secure its northern territorial claims in the New World, Spain ordered the creation of a series of Franciscan missions in California. Begun under the leadership of Father Junípero Serra, who died in 1784, 21 missions and one asistencia were established 1769-1823, spaced about a 30 miles apart along the northern extension of El Camino Real, the “king highway.”

Each mission had its own herd of cattle, fields and vegetable gardens, which were tended by native converts. For furniture, clothing, tools and other implements, the missions traded their surplus of meal, wine, oil, hemp, hides and tallow. Their attempts to “civilize” the indigenous population yielded mixed results: For the thousands of Native Americans brought under the wing of the church, thousands of others died at the hands of the Spanish or from their diseases. But the missions succeeded in other regards: Around them and their accompanying presidios, or military posts, grew the first permanent settlements in California.

After winning its independence from Spain and during the secularization, Mexico removed control of the missions from the Franciscans and subdivided much of their land among the Mexican soldiers and settlers. During the ensuing years, neglect and earthquakes took their toll; many of the missions were severely damaged or destroyed. Subsequent restoration and reconstruction have revitalized these historic structures, and today US 101 roughly traces the route of the old El Camino Real. 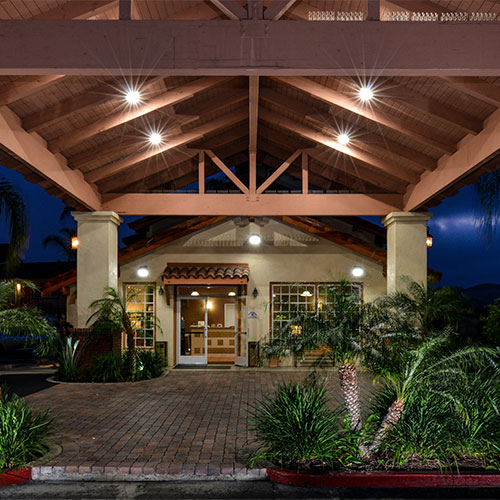