AttractionsIn a city with dozens of points of interest, you may have trouble deciding where to spend your time. Here are the highlights for this destination, as chosen by AAA editors. GEMs are “Great Experiences for Members.”

The towering masonry walls of Fort San Felipe del Morro (El Morro) must have been an awesome sight to 17-century sailors entering San Juan Harbor, and the fortress remains a memorable landmark for cruise-ship passengers today. This AAA GEM attraction rises 145 feet above the rocky shore, encompassing six tiers of cannon batteries, dungeons, barracks, bastions and secret tunnels. The lighthouse at the very top was added in the 1800s. From land, El Morro is deceptive—its low profile belies its massive size. You can spend hours rambling through the fort and its museum displays. This fort and its counterpart, Fort San Cristóbal, are protected as part of San Juan National Historic Site .

Fort San Cristóbal was the city's main defense against land attacks. The 27-acre fortification, another AAA GEM, was the largest ever built by the Spanish in the New World. Irish-born engineer Thomas O'Daly designed its impenetrable system of high walls, hornworks and moats and supervised construction from 1765 until his death in 1781. U.S. troops used the fort as an observation post in World War II. Fascinating exhibits describe military life, battles and weaponry.

San Juan's colonial history is preserved in dozens of historic buildings throughout the old city, all within walking distance of the forts. The Fortress (La Fortaleza) is the oldest executive mansion in the Western Hemisphere still in use. Puerto Rico's governors have lived in this stately blue-and-white palace since 1640. The neoclassical gardens—open for English tours on weekdays—offer a fine view of the western harbor; wear casual but proper dress.

Built in 1523, White House Museum (Casa Blanca) was intended for Puerto Rico's first governor, Juan Ponce de León. The conquistador died before he could take residence—on his ill-fated trip to find the Fountain of Youth—but the home remained in his family for 250 years. Its museum pieces include antiques, paintings and Taíno artifacts. Ponce de León found his final resting place at the Catedral de San Juan Bautista , the spiritual heart of the city. Today, visitors come from around the world to see the explorer's marble crypt and light a candle at one of many gilded shrines and altars. Masses are held daily; services are in Spanish. Hand-crafted cuatro guitars and a collection of wooden santos are highlights of The National Gallery of the Institute of Puerto Rican Culture , a few blocks north.

Calle Cristo (Christ Street) was named for its many religious sites: the oldest and largest—La Iglesia de San José and Catedral de San Juan Bautista—and the smallest, Christ Chapel (Capilla del Cristo) . This tiny stone chapel sits at the foot of Calle Cristo atop the city wall. Legend says that during a festival race, a horse and rider plunged over the 70-foot cliff, but one (or both) was saved by prayer. The 1753 shrine was built in thanks. Though it's usually kept locked, visitors on Tuesdays are treated to a rare glimpse of the golden altar and its somber madonnas.

The Museo de las Américas features another beautiful collection of religious icons and folk art. This vibrant museum is on the second floor of the Cuartel de Ballajá, a former barracks for Spanish soldiers and their families. The massive yellow and green building with its vast inner courtyard covers nearly 3 acres.

The art and history of the city are on display at the Museo de San Juan . If you have the chance, attend a concert in the inner patio of this former marketplace—music under the stars here is magical.

One of the city's proudest cultural achievements is the Art Museum of Puerto Rico (Museo de Arte de Puerto Rico) in the Santurce district, a treasure trove of Borinquen paintings, sculpture, photography and folk art. Surrounded by 5 acres of botanical gardens, the neoclassical museum has become a favorite weekend retreat for residents. To cover the art spectrum from the colonial period to the present, continue to the Puerto Rico Museum of Contemporary Art (Museo de Arte Contemporáneo de Puerto Rico) . This museum features the works of 20th-century artists from Latin America, the Caribbean and Puerto Rico.

Among its many parks and plazas, the city's most popular outdoor space is the 300-acre Botanical Garden of the University of Puerto Rico (El Jardín Botánico) . This urban oasis in Río Piedras showcases the island's native species, from orchids, heliconia and bromeliads to herbs and water plants. Highlights include a lotus lagoon, a palm plantation and the Monet Garden, which re-creates the French painter's landscapes with tropical plants.

Though San Juan is famous for its graceful Spanish churches, the “Cathedral of Rum” is perhaps its best-known tourist attraction (the free drinks don't hurt). The largest distillery in the world, the Bacardí plant in the suburb of Cataño produces 100,000 gallons of rum a day. It's a quick ferry ride across the harbor, and taxis wait at the terminal to shuttle visitors to the Casa Bacardí Visitor Center . You won't see the production facilities, but video exhibits and hand-held audio guides describe the process and the history of the Bacardí family, which began producing rum in Cuba in 1862.

East of the city, the El Yunque National Forest blankets the cooler elevations of the Luquillo Mountains. El Yunque (JOON-kay) is one of the last habitats of the Puerto Rican Parrot, and the national forest service has launched an ambitious breeding program to restore this colorful bird to the wild. On the snaking road to El Toro Peak, you'll see La Coca Falls, the Yokahú Observation Tower and the Palo Colorado Recreation Area. At the El Portal Rain Forest Center , you can learn about the world's tropical ecosystems and take a walk above the forest canopy, 60 feet off the ground. Pack waterproof sandals and rain gear—this region gets more than 200 inches of rain a year.

Information on sightseeing excursions is available at the Puerto Rico Tourism Company's headquarters at La Princesa on the Paseo de la Princesa. 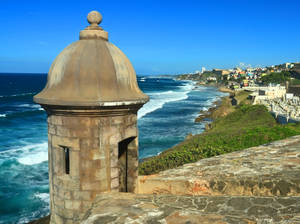 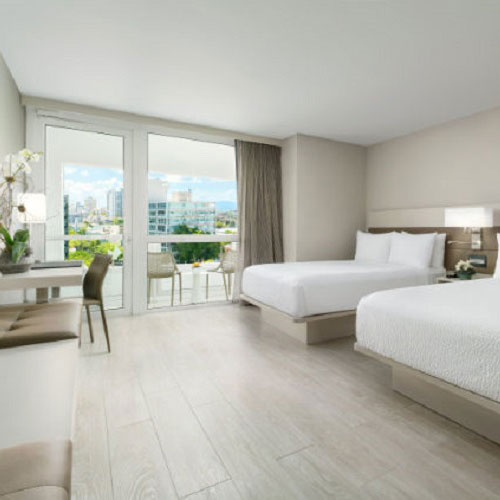 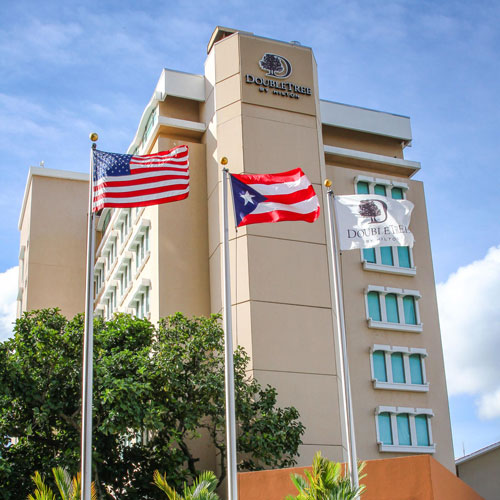 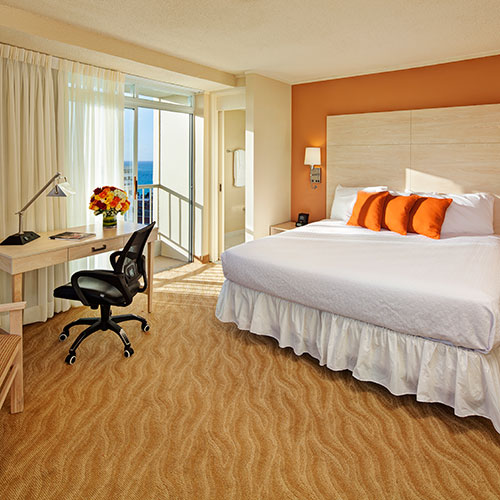