About SheridanSheridan is located halfway between the Mount Rushmore National Monument and Yellowstone National Park in the valley of the Little and Big Goose. Access through the Bighorn Mountains via US 14 (Bighorn Scenic Byway) or US 14A (Medicine Wheel Passage) offers spectacular sightseeing opportunities. The majestic Bighorn Mountains rise to the west and rolling plains slope to the east.

Sheridan is rich in Western history. In 1866 the area was part of unreserved Native American territory that was home for the Sioux, Cheyenne and Arapaho. Native American chiefs such as Dull Knife, Red Cloud and Crazy Horse fought battles to keep the white man from their precious hunting grounds.

The Bozeman Trail, a shortcut scouted by John Bozeman through eastern Wyoming, cut across Native American hunting grounds to the rich gold fields of Montana. The trail, which ran south of Sheridan along part of what is now US 87, was the scene of so many battles that it became known as the Bloody Bozeman. The U.S. Cavalry forbade trains of fewer than 100 wagons to take this trail.

The discovery of gold in the Black Hills brought a new influx of fortune seekers and further confrontations, culminating in the Battle of the Little Bighorn just north of Sheridan in southern Montana.

Many battle sites are in the area, including those of the Wagon Box Fight and the Fetterman Massacre, near Fort Phil Kearny State Historic Site in Story; Dull Knife Battle, south of town; the Sawyer Fight, 20 miles north near Dayton; Rosebud Battle, north in Montana; and the Connor Battlefield in Ranchester, 15 miles north of Sheridan.

After the wars ended, Sheridan was incorporated and built up by the profitable businesses of cattle ranching, farming and coal mining. For today's outdoor enthusiast, recreational activities are nearly unlimited in the nearby Bighorn National Forest and include wildlife viewing, hiking, fishing, hunting, snowmobiling and cross-country and downhill skiing.

The town recaptures the flavor of the Old West during the Sheridan WYO Rodeo in mid-July; phone (307) 672-9715 for ticket information. In addition to several PRCA rodeo performances, highlights include a pancake breakfast, a carnival, concerts, parades and a golf tournament.

Self-guiding ToursA walking tour of the city's historic Main Street District covers many original buildings from the late 1800s and early 1990s. A map is available from Sheridan Travel and Tourism. 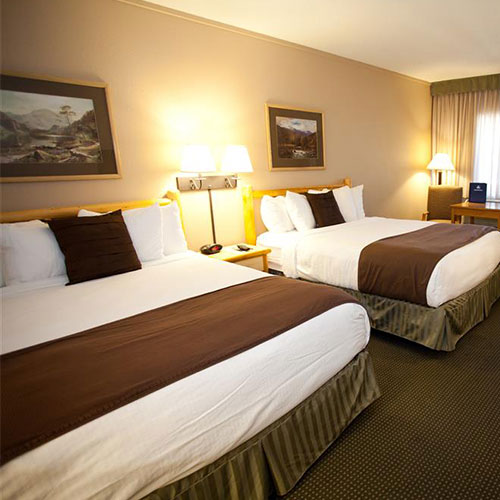