About StocktonLike other northern California cities, Stockton—named after a distinguished naval officer in the Mexican War—experienced a population boom during the gold rush. The city later became an agricultural center, and this heritage is celebrated in April during the 3-day San Joaquin Asparagus Festival, held at the San Joaquin County Fairgrounds. The county's main crop is featured in cooking demonstrations, exhibits, food tastings in Asparagus Alley and the Deep-Fried Asparagus-Eating Championship.

The first of California's two inland seaports, Stockton is connected with San Francisco Bay by a channel 60 miles long and 37 feet deep. The San Joaquin waterways, 1,000 miles of navigable inland waters, offer plenty of boating and fishing opportunities. The city also is the home of the University of the Pacific, which in 1852 became the first chartered university in California.

Things to Do The Children's Museum of Stockton 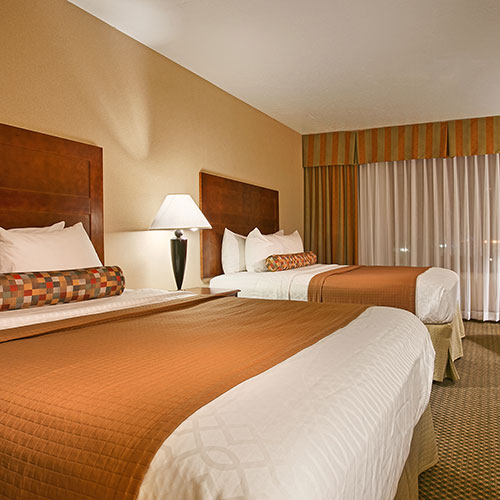