More About
Stratford, ON
HotelsAttractionsRestaurants

About StratfordThe Stratford Festival began under a tent in 1953 when Shakespeare's plays were produced for the first time along the North American Stratford-upon-Avon River. Today it is ranked among the three great English-speaking theaters in the world. The season spans 30 weeks featuring Shakespeare, classical and contemporary productions in four indoor theaters; phone (519) 271-4040 or (800) 567-1600 for general information.

An expansive park system encompasses 1,000 acres of parkland and open spaces throughout the city with areas for picnicking and walking. Several galleries display a wide range of art and exhibitions are regularly presented in the park. The downtown area offers distinctive shops and eateries.

Things to Do Gallery Stratford 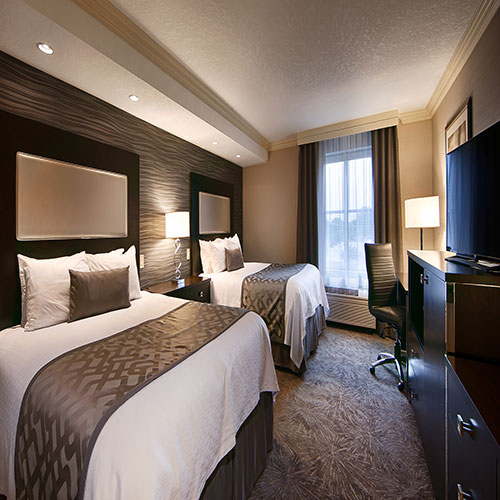