About StroudsburgCol. Jacob Stroud, who served in the French and Indian War, settled in what is now Stroudsburg in 1769. Because of the strategic location 3 miles west of the Delaware Water Gap, Fort Penn was built around his home in 1776. Two years later the post sheltered refugees from the Wyoming Massacre. The town was formally established in 1799 when Stroud and his son sold lots in their spaciously platted site.

The 1795 Stroud Mansion, built by the colonel for his son, still stands at 900 Main Street; it serves as headquarters for the Monroe County Historical Association . Artifacts are on display and a research library is on site. A 1-hour guided tour is offered Tuesday-Friday (also first and third Saturdays of the month) at 11 and 2. Phone (570) 421-7703.

The Sherman Theater, 524 Main St., opened in 1929. Among the evening's entertainment was a performance by comedians Stan Laurel and Oliver Hardy. Vaudeville shows were given in the theater's early days and then in later years the building became a movie house. These days live entertainment has returned, and performances are offered throughout the year. Phone (570) 420-2808.

Self-guiding ToursBrochures about the area, including the historic downtown and hiking and biking in northeast Pennsylvania, are available at the visitors bureau.

ShoppingDowntown Stroudsburg's restored historic buildings are home to an array of antique, arts and crafts, apparel and specialty stores. 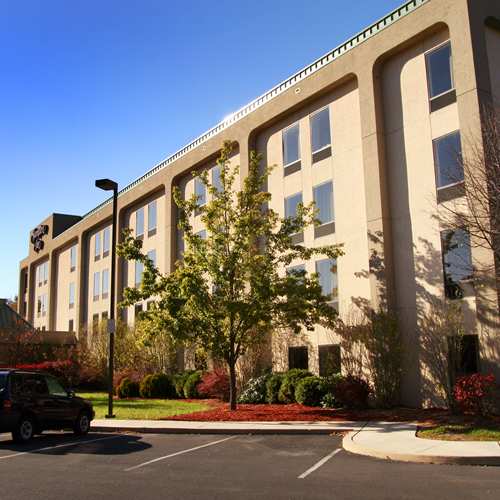