About SuquamishSuquamish Memorial Cemetery is the burial site of one of the most important Native American leaders of the Northwest—Chief Sealth, better known today as Chief Seattle. Sealth's father, Schweabe, was a Suquamish chief; his mother was the daughter of a Duwamish chief.

As a young man Sealth gained renown as a warrior and leader, controlling regional tribes but maintaining friendly relations with early American and European settlers, protecting them from Native American attack. He also formed a personal friendship with local entrepreneur David Swinson “Doc” Maynard. Chief Sealth died in 1866 at the age of 80. In honor of their friendship, Maynard urged other settlers to name in his honor the fledgling community that later became the city and seaport of Seattle.

An interpretive marker at the west end of Agate Pass off SR 305 marks the former site of The Old Man House, which once housed eight Native American chiefs and their families.

Things to Do Suquamish Museum 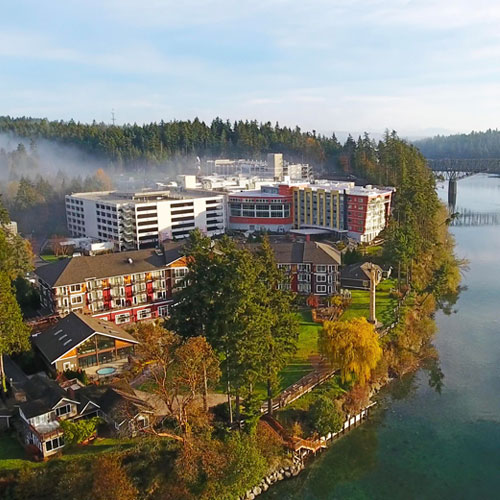