About TexarkanaThe Arkansas-Texas state line runs approximately through the center of the dual municipality of Texarkana, which has a combined population of about 66,000.

For hundreds of years before European settlement in the area, the Great Southwest Trail, the major route between the Native American villages of the Mississippi Valley and the West and Southwest, crossed the area around what is now Texarkana. The Grand Caddoes, hospitable to explorers and settlers, farmed in the vicinity and maintained six villages along the banks of the Red River.

Shortly after 1840 a permanent settlement was established at Lost Prairie, 15 miles east of Texarkana. A number of mounds and other traces of former Native American civilizations remain within a 30-mile radius of the town.

During the 1850s the Cairo and Fulton Railroad served portions of Arkansas and by 1874 had crossed the Red River into Texas, establishing direct rail service to St. Louis. The Texas and Pacific Railroad had laid track to the Arkansas boundary, and the place where the two lines met became a town—Texarkana.

The state line runs through the middle of the Texarkana Post Office and Courthouse, said to be the only federal building situated in two states. Built in 1932 of pink granite from Texas and limestone from Arkansas, the post office has two separate zip codes. Residents on both sides of the border enjoy the Perot Theatre, 221 Main St., a restored 1924 facility that presents a variety of Broadway shows; phone (903) 792-4992.

Things to Do Ace of Clubs House Museum 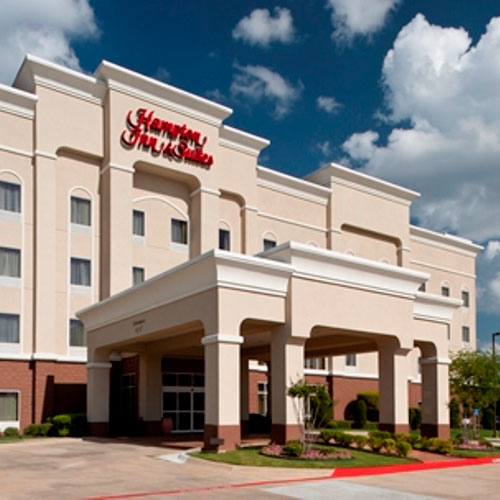