In Depth“One Human Family.” You’ll see this slogan on bumper stickers and you’ll see it in action when you visit the Keys. In Key West, all types of folks saunter down Duval Street with nary a care or a stare: beach bums, gay couples, nattily attired cruisers on shore excursions, Hemingway look-alikes, drag queens, retired folks, honeymooners, strutting roosters, writers, musicians, even the occasional celebrity. All pretenses are dropped in the Keys; after all, everyone is here to let loose and have fun, and the surrounding waters of the Atlantic Ocean, the Gulf of Mexico and Florida Bay as well as the islands’ natural beauty inspire relaxation and good times.

Relaxing Things to Do in the Florida Keys

Off the southern tip of Florida, the Florida Keys resemble a broken necklace, each island a charm on a slender 125-mile chain of 1,700 islands linked by more than 40 bridges. The most well-known island and most popular choice for vacationers, Key West, measures 2 miles wide by 4 miles long. Though very small, this tiny island is brimming with more things to do than islands 10 times its size.

But don’t dismiss Key West’s sister islands—especially Big Pine Key, Islamorada, Key Largo and Marathon—as just names on signs to drive past on your way to Key West. Each island has its own claim to fame and is worth exploring. Key Largo is a scuba diver’s dream; it’s called the Diving Capital of the World for its many living coral reefs and shipwrecks. Islamorada earns its nickname, the Sportfishing Capital of the World, for its uncommon diversity of fish, including sailfish, swordfish and tarpon, and its proximity to both the salty Atlantic Ocean and the fresh waters of Florida Bay.

The main draw in Big Pine Key is its population of endangered diminutive Key deer; watch your speed carefully as they often roam near the highway. Nicknamed the Heart of the Keys, Marathon is the halfway point to Key West and another hot spot for sport fishing. Here the Seven Mile Bridge, perhaps the world’s longest segmented bridge, stretches on and on and on.

However, the bridge isn't the only method one can use to travel between Key Largo and Key West. The Florida Keys Overseas Heritage Trail runs parallel to US 1 and currently has 90 miles of paved trails that provide an alternative route for bicyclists, in-line skaters, hikers and runners. The trail will be 106 miles when complete, as some segments are still under development. For a map and further information, phone (305) 853-3571.

Driving down the Overseas Highway from the mainland, you’ll glimpse beachfront property here and there, and it’s easy to imagine that larger sandy beaches exist beyond the ubiquitous thickets of mangroves. Surprisingly, the islands’ shores tend to lean toward the rocky side and most beaches are quite small.

But there are a few exceptions, and those exceptions are, well, quite exceptional. Take Bahia Honda State Park, whose beaches have been rated by experts to be among the best in the United States. Barefoot beachgoers enjoy walking in the long stretches of velvety soft sand, taking a dip in the warm ocean water, and picnicking under brightly colored beach umbrellas. The park also appeals to outdoor sports lovers and nature lovers with camping sites, a marina, snorkeling, tarpon fishing, a butterfly garden and a trail to the Old Bahia Honda Bridge, built over Henry Flagler’s railroad. Peer over the edge and gaze at the sparkling turquoise expanse of the Atlantic Ocean in all its grandeur, speckled with power boats, sailboats and yachts.

The ocean and gulf attract not only boaters, but scuba divers, snorkelers and fishermen as well. Pull on a wet suit and dive right in to see some spectacular underwater sights. The Keys’ limpid waters reveal 600 species of brilliantly colored tropical fish and 55 types of living coral, but that’s just the start. In the ocean off Key Largo lie sunken shipwrecks, including two Coast Guard cutters sunk in 1987 and the USS Spiegel Grove, a 510-foot landing dock. Explore an 1853 slave ship off the coast of Marathon and a 1733 Spanish galleon off Islamorada.

At John Pennekamp Coral Reef State Park in Key Largo, search for otherworldly sea creatures in the living coral reefs via snorkeling, scuba diving or a glass-bottom boat ride and pay a visit to the oft-photographed underwater statue “Christ of the Deep.” For sport fishing, Islamorada is unrivaled for the scores of blue and white marlin, bonefish, grouper, kingfish, sailfish, snapper, tuna and wahoo that fill Florida Bay and the Atlantic Ocean. In fact, the Keys are well-known in the sport fishing world for having the most world records.

Back on land, the partying spirit of the Keys shows up in festivals held throughout the year. For 10 days in April, the Conch Republic Independence Celebration in Key West pays tribute to the “secession” of the Keys from the U.S. in April 1982 with parades, battles of historic ships and a “drag race” featuring drag queens. And what would Key West be without a tribute to Ernest Hemingway, who called Key West home for 10 years? Held in July, Hemingway Days features a marlin fishing contest, a short-story contest hosted by the legendary author’s granddaughter, a Hemingway look-alike contest, and a mock running of the bulls (with Papa’s doubles riding wooden bulls).

Fantasy Fest is doubtless the most notorious of festivals in Key West; for 10 days in late October, the town takes on a Mardi Gras-like madness, replete with costume balls and contests, outrageous parties, a pet masquerade and a street fair. The phantasmagorical Fantasy Fest Parade is the event’s crowning glory, with marching bands, dancers and amazing floats. Finally, there’s the Sunset Celebration held every day at Key West’s Mallory Square. Tourists and natives alike swarm to the square, cold beers and frozen cocktails in hand, entertained by jugglers, fire eaters, performing cats, and the pièce de résistance, the radiant sunset. The sun descends in a blaze of glory; the sky bursts with gold, copper and indigo, reminiscent of the treasures pirates and wreckers coveted so many years ago.

Since the 19th century, pirates, shipwreck salvagers, shipbuilders, cigar makers, spongers, rumrunners, artists, writers and Bahamian and Cuban immigrants have experienced the magnetic pull of the Keys, contributing to the area’s wealth and fascinating history. Between the 1820s and the 1860s, shipwreck salvagers, also known as wreckers, found their fortune by unearthing boatloads of treasure from ships that wrecked on the nearby coral reefs. Many of the beautiful Victorian homes seen today in Key West were built by wealthy salvage captains.

In the mid-1800s, spongers reaped their harvest from local waters; in the late 1800s, transplanted Cubans turned cigar making into big business. The late 1800s to early 1900s saw the growth of the pineapple industry; Key lime farmers turned a tidy profit around the turn of the 20th century.

Flagler’s railroad ushered in the modern era in the early 1900s, connecting the mainland to the Keys in 1912. The 128-mile railroad took 7 years to build and the price was steep, costing not only tens of millions of dollars but hundreds of lost lives due to several hurricanes during its construction. Nature was not kind to Flagler; in 1935, another hurricane destroyed most of “Flagler’s Folly.” The state of Florida bought the railroad’s remains and built a highway; by 1938, the Overseas Highway, an extension of US 1, was in business. And so were the Florida Keys, drawing scores of vacationers and those in search of a more bohemian lifestyle.

Inspired by the beauty and freethinking atmosphere of the Florida Keys, a small group of America’s most noted authors, artists and musicians traveled down the Overseas Highway and put down roots. Ernest Hemingway, Tennessee Williams, Robert Frost, John Hersey and Zane Grey are just a few well-known writers who hung their straw hats in Key West; today more than 50 authors call Key West home. Artists Winslow Homer, John James Audubon and Mario Sanchez have had a Florida Keys address; today marine artist Robert Wyland lives in Islamorada and art galleries proliferate throughout the islands. Musician and former resident Jimmy Buffett’s song “Margaritaville” is practically Key West’s anthem, and tourists flock to his restaurant of the same name on Duval Street for that infamous cheeseburger in you-know-where as well as other savory Florida Keys fare.

But don’t stop there. When it comes to culinary delights, the Keys have a bounty of restaurants to tempt your taste buds. Since the ocean and the Gulf of Mexico are almost a stone crab’s throw away, fresh seafood practically jumps onto your plate. Besides amazingly fresh grouper, yellowtail snapper, stone crab and shrimp (aka “pink gold”), you’ll find conch in many forms, including salad and fritters. Key lime pie is the de rigueur dessert, yet every restaurant has its own version—conduct a taste test of your own.

With an unbeatable combination of Key lime pie and coral reefs, shipwrecks and stunning sunsets, art galleries and the Atlantic Ocean, the Florida Keys are a flavorful feast for the senses and the soul. No matter which of the Keys whets your appetite, whether it’s Islamorada or Key West, Marathon or Key Largo, it’s time to forget your troubles, get happy and let the spirit of the Keys take over—only good times lie ahead. 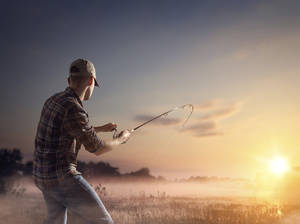 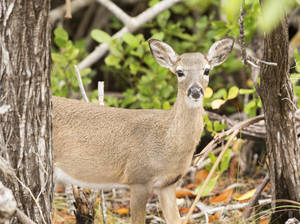 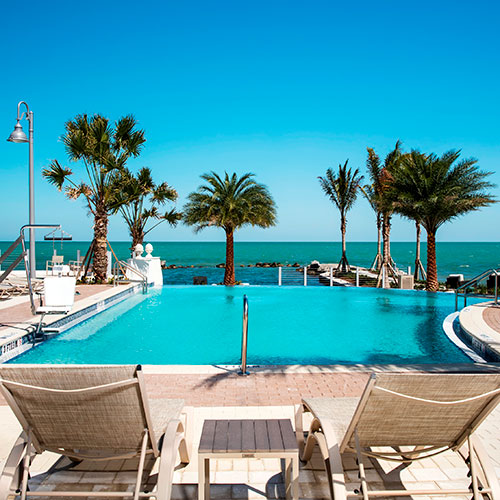 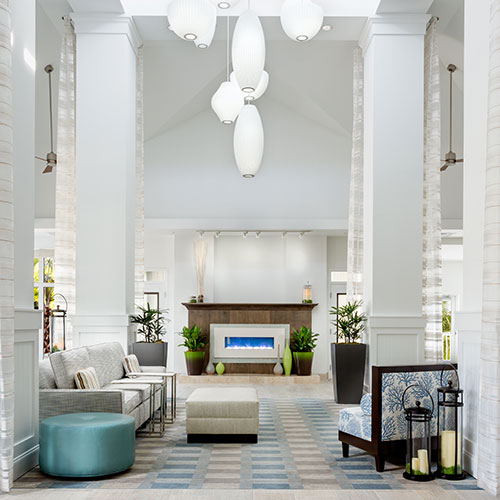 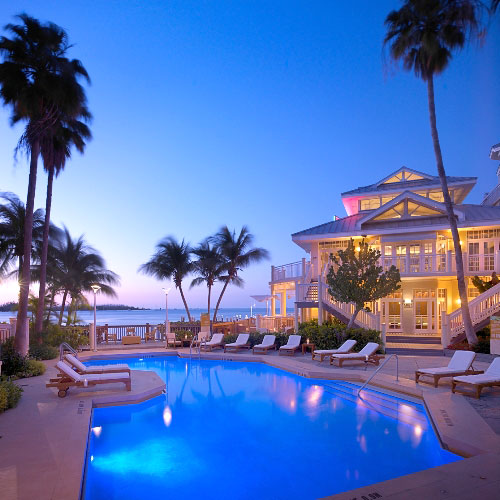 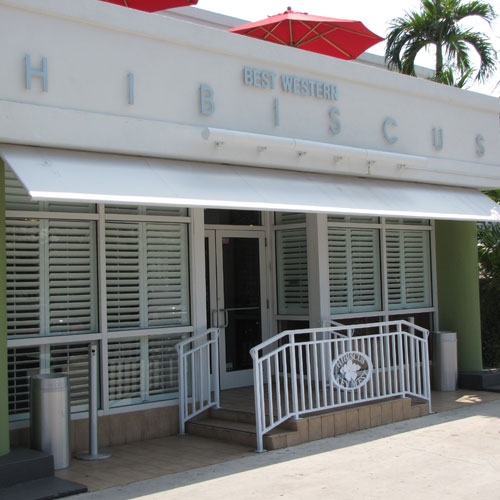