About Trois-RivièresFounded in 1634, Trois-Rivières is the second oldest French city in the province. As a frontier post, it served as a sentinel protecting Québec City from the Iroquois and as a center for trade with the enemies of the Iroquois, the Algonquins, who brought furs down the St. Maurice River from the Great Lakes region.

Trois-Rivières also was a departure point for a number of legendary explorers, or voyageurs: Pierre Gaultier de Varennes was one of the first to see the Rocky Mountains; Pierre Esprit Radisson and Médard Chouart Des Groseilliers traveled to Lake Superior and Hudson Bay; and Father Jacques Marquette explored the Mississippi River and the Midwest.

Trois-Rivières' early importance stemmed from its location. At the junction of the St. Lawrence and the three channels—hence its name—of the St. Maurice River, and halfway between Montréal and Québec, the settlement became a major crossroads for New France in the 1700s. Location continues to play a vital role, ensuring the city's status as one of the world's largest paper-manufacturing centers.

Harbourfront Park (Parc portuaire) is a riverfront park on the site of the old port. The Laviolette Bridge (pont Laviolette) is one of Canada's longest at 3,490 metres (11,450 ft.) and the only bridge between Québec and Montréal to span the St. Lawrence River.

Trois-Rivières' old section, the rue des Ursulines and its adjoining side streets, is characterized by 18th-century-style structures. Describing key events in Trois-Rivières' history, guided walking tours of the city are offered Saturdays and Sundays in summer. The 90-minute tour departs from the tourist information office; phone (819) 375-1122 or (800) 313-1123 for more information.

Things to Do Art Gallery of the Park/Tonnancour Manor

Boréalis: Centre for the History of the Paper Industry 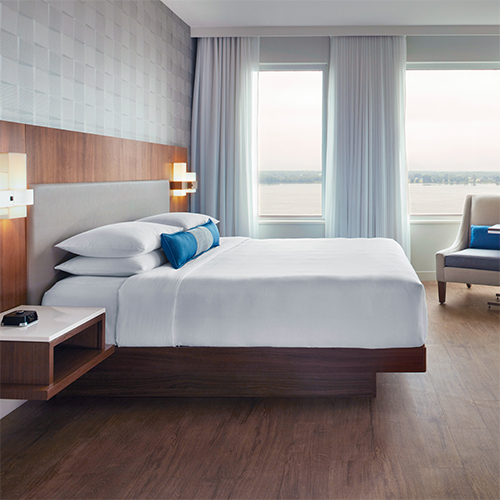