About TubacTubac, meaning “sinking water,” was a Pima village when Jesuit Eusebio Francisco Kino visited the area in 1691. A presidio and mission were established in 1752 (the first military base in Arizona) shortly after the Pima revolted against Spanish encroachment. Between 1752 and 1856 some 500 people lived at Tubac, but in 1776 the presidio was moved to help fortify the strategically important Tucson. With the Gadsden Purchase in 1853, the town became a part of the United States.

The Mexican War, the California gold rush of 1849 and the raiding Apaches depopulated the town throughout much of the 19th century. However, in 1859 Arizona's first newspaper was printed by a local mining company who revived the town. By 1860 Tubac was the largest town in Arizona, but the Civil War left the town unprotected, and it was deserted once again. Once the Apaches ceded control of the area in the late 1800s, Tubac began to grow, but it never regained its earlier importance.

Next to the old presidio, modern Tubac is a small community of writers and artists. Many of the shops and galleries in town sell the local art. 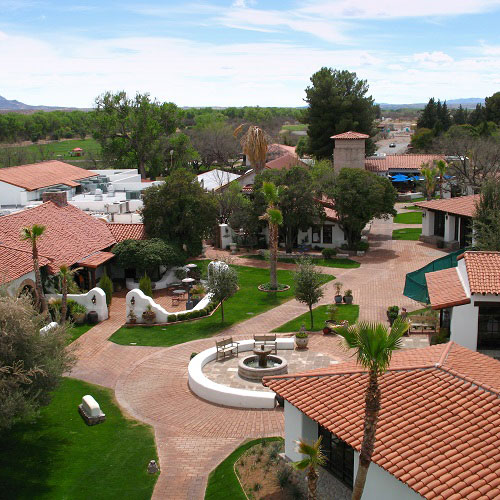