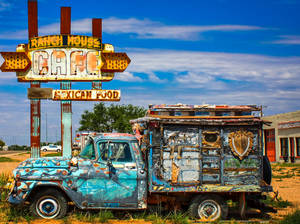 About TucumcariTucumcari, named for 4,999-foot Tucumcari Mountain—utilized by Comanche Indians as a lookout point, or tucumcari—is another town that came into being by way of a rail line (in this case, the Rock Island Railroad). Legend traces the origin of the name to an ill-fated romance between the warrior Tocom and Kari, the daughter of a chief. When Tocom died in a fight for Kari's hand she stabbed the victor, then herself. Witnessing the tragedy, her father also ended his life with a dagger, crying out “Tocom-Kari.”

In the 1920s Tucumcari became the first New Mexico stop for westbound travelers on new federal highway Route 66. Stretching 2,448 miles from Chicago to Los Angeles, it played a major role in early transcontinental auto travel. The interstate highway system eventually supplanted Route 66, and it was officially decertified in 1985.

You'll still see a few neon-lit motor courts, kitschy reminders of a bygone era, along the Tucumcari stretch of Route 66. Another local landmark is Tee Pee Curios, known for its teepee-shaped entrance and elaborate neon sign. It opened in 1944 as a Gulf gas station and souvenir shop.

Two Canadian River reservoirs not only provide necessary irrigation but opportunities for outdoor recreation. Conchas Lake is 34 miles northwest of town via SR 104; Ute Lake is 23 miles northeast via SR 54 to Logan. 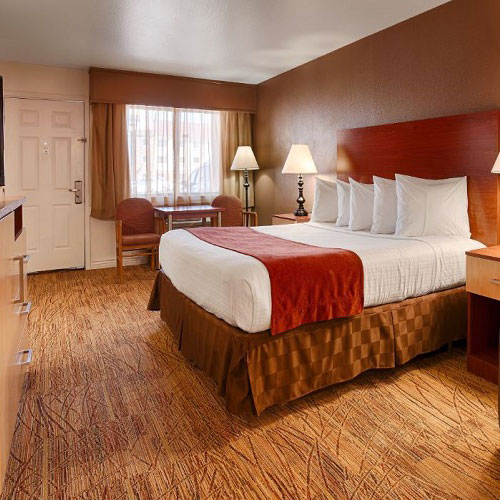