About VacherieVacherie, meaning “place where cows are kept,” is one of many old settlements along the River Road that mainly offers to visitors remnants of the plantation era. Therein lies its appeal. Before the Civil War, more than half of the millionaires in the country lived along the Mississippi River corridor in southeastern Louisiana, their fortunes linked to the fertile land.

Some of the South’s most elegant restored plantation homes as well as slave cabins in various states of preservation and an occasional abandoned sugarcane field line both sides of the river between New Orleans and Baton Rouge, juxtaposed in some areas against petrochemical and industrial plants.

Held in early December, the Oak Alley Plantation Christmas Bonfire Party celebrates the holiday with food, dancing and a bonfire on the levee.

Things to Do Laura: A Creole Plantation 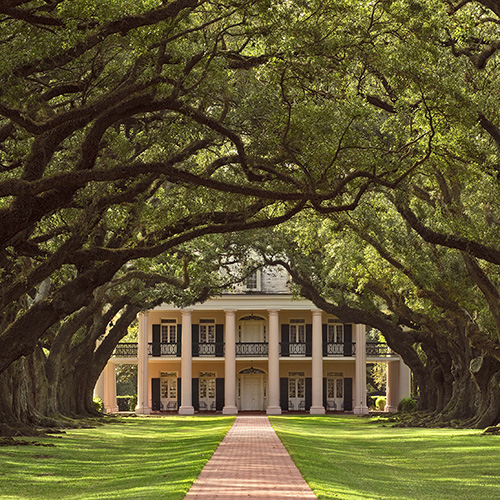