About WashougalWashougal straddles a peninsula between the Columbia and its namesake river. Bearing a Native American name meaning “rushing water,” the town is the Washington gateway to the Columbia Gorge. At Reed Island, 3 miles southeast, the crew of the HMS Chatham claimed the Columbia River for England in October 1792. The expedition’s leader, William Broughton, also named Mt. Hood.

Lewis and Clark camped at Cottonwood Beach on the Washougal River (then called the Seal River) in March 1806. Settlement began in the late 1840s, after American possession of the Oregon Country north of the Columbia River was established in 1846. Mount Pleasant Grange Hall, 6.5 miles east on SR 14, is the oldest continuously used grange hall in the state; the grange movement began in the late 19th century as a fraternal organization and political forum for farmers.

Things to Do Pendleton Woolen Mill 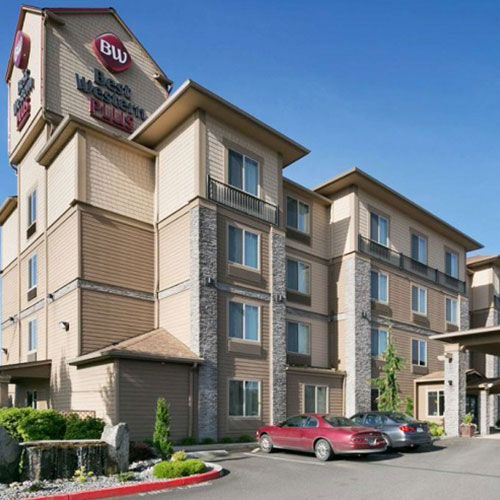