About WhitehorseWhitehorse began during the Klondike gold rush when thousands of prospectors journeyed by ship to Skagway, Alaska, then climbed the rugged mountain passes to the headwaters of the Yukon River. They constructed nearly anything floatable for the more than 900-kilometre (559-mi.) trip to Dawson City via Whitehorse. Above Whitehorse many prospectors died in the dangerous Whitehorse Rapids.

When stern-wheeler service to Dawson became available, the trip from Whitehorse took 2.5 days; the return trip against the current took 5 days. The first rails of the White Pass & Yukon Route were laid at Skagway in May 1898, and the line to Whitehorse opened in July 1900.

During World War II Canadian and United States Army personnel building the Alaska Highway moved to Whitehorse, which became the capital of the Yukon Territory in 1953.

Evolving into the transportation, communication and distribution center of the Yukon, Whitehorse also became the territorial headquarters of the Royal Canadian Mounted Police as well as the heart of the territorial government and federal departments.

Attractions on a much larger scale include Lake Laberge, the setting for Robert W. Service's “The Cremation of Sam McGee,” and the Robert Lowe Suspension Bridge across Miles Canyon.

The Whitehorse Power Dam features one of the world's longest wooden fish ladders; the salmon, running in late July or early August, can be seen from viewing windows. Lake Schwatka, impounded by the power dam, was named after Frederick Schwatka, the first U.S. army lieutenant to navigate the entire length of the Yukon River.

Visible from the Alaska Highway, 24 kilometres (15 mi.) south of Whitehorse, is Marsh Lake Lock, the northernmost lock in the Western Hemisphere. It is used by small craft navigating the upper Yukon River.

Guided tours of the town and surrounding area are available through Whitehorse City Tour. A few companies provide Yukon River cruises, guided hikes, and canoe, boat and raft trips on area rivers. The Yukon Conservation Society gives guided nature walks in the summer. For a self-guided walk, there's the City of Whitehorse Millennium Trail, a 5-kilometre (3.1-mi.) paved path along the Yukon River.

The Swan Haven Interpretive Centre , on the shores of M'Clintock Bay, affords bird enthusiasts the opportunity to learn about migratory birds, in particular trumpeter swans. The center is open Mon.-Fri. 5-9 p.m., Sat.-Sun. noon-7, in April. Phone (867) 667-8291.

Whitehorse is the terminus for the 1,000-mile Yukon Quest International Sled Dog Race, which starts in Fairbanks, Alaska, and takes place over a 2-week period from early to mid-February. 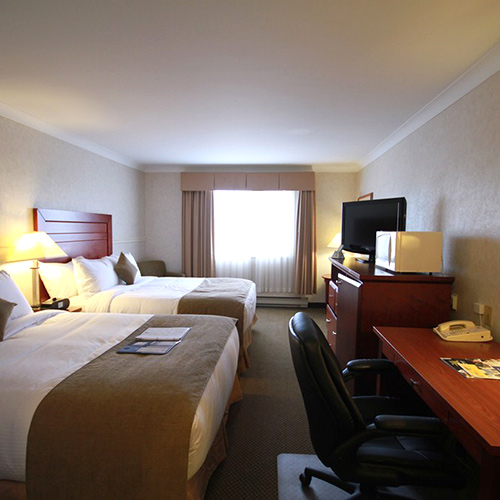