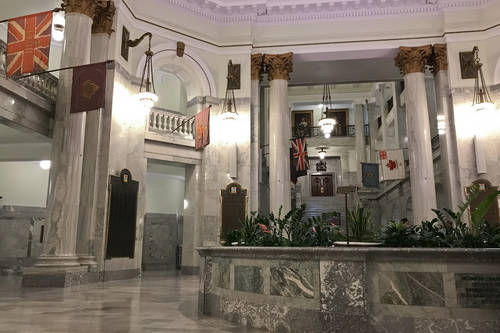 AAA/Katie McPhee
1 Photo
AAA Editor Notes
Alberta Legislature Building is at 10800 97 Ave. N.W. Constructed of sandstone and marble in the Beaux Arts style, the 1912 building (affectionately called “The Ledge” by Edmontonians) houses the Legislative Assembly of Alberta as well as the offices of government officials. The interior can be explored via guided 45-minute tours, which depart from the lower rotunda. Tours cover the history of Alberta and allow visitors to see the Legislative Chamber and portraits of Alberta's former premiers and lieutenant governors.

Also on the grounds is the Legislative Assembly Visitor Centre with exhibits and a 4-D movie about the history and governance of the province.