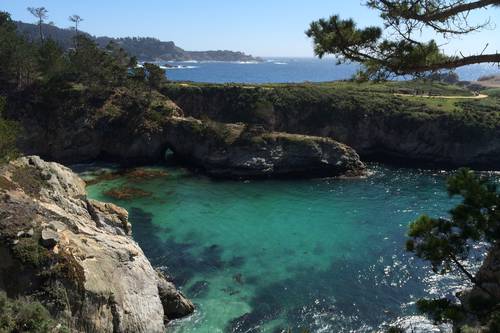 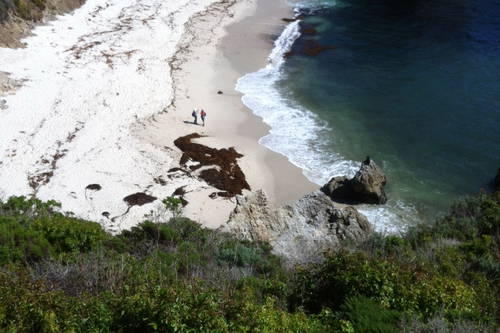 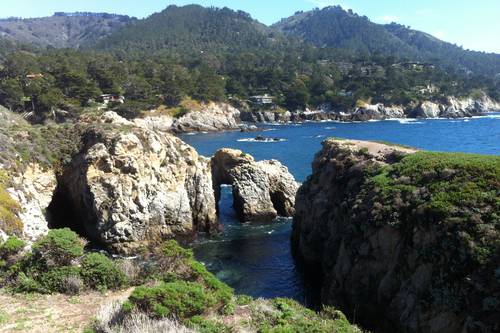 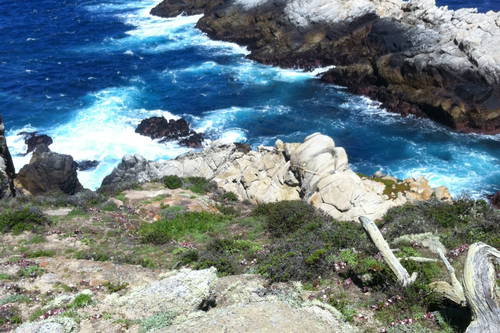 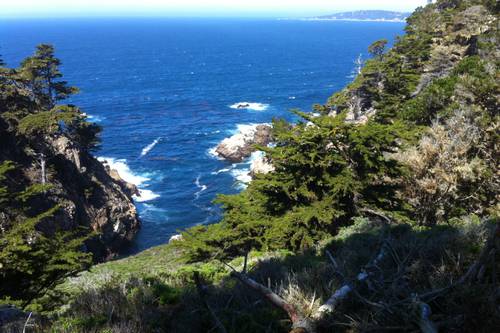 AAA/Greg Weekes
5 Photos
AAA Editor Notes
Point Lobos State Natural Reserve, 3 mi. s. on SR 1, is a magnificent example of the central California coast at its grandest: jutting headlands, irregular coves and rolling meadows formed over millions of years through the ceaseless interaction of land and water. The reserve encompasses some 550 acres of rugged seacoast and another 775 acres that are offshore. Pick up a brochure that includes a trail map at the entrance station.

If you don't have a lot of time, the South Shore Trail is an easy, scenic walk. The trail follows the ocean's edge past wave-splashed rocks and cliffs blanketed with ice plants, bluff lettuce and seaside daisy, all of which are adapted to the coastal climate. Toward the southern end of the trail stone steps descend to Hidden Beach, a little cove with pebbly sand where you can sit on a rock and meditate to the soothing sound of the waves. Succulents find a foothold in the crevices of rock walls, and in April and May wildflowers brighten the meadows.

Past Hidden Beach, Bird Island Trail winds through coastal scrub high above two gorgeous white-sand beaches, China Cove and Gibson Beach. At China Cove the water ranges from deep blue to turquoise to jade green, and cliffside gardens frame the views. This beautiful spot is favored by artists. The steps leading down to the cove are closed until further notice due to erosion.

A bit farther on is Gibson Beach, a wide stretch of sand accessible via a long staircase; wading is permitted, but the water is cold all year. Bird Island is a spring and summer breeding ground for Brandt's cormorants. Harbor seals and sea otters are often spotted basking on rocks just above the water.

The Cypress Grove Trail, which begins at the Sea Lion Point parking area, winds through a grove of Monterey cypresses and has spectacular views of coastline rocks, with the Pacific an ever-changing palette of blue and turquoise hues. The gnarled trees display the effects of relentless wind and salt spray; they survive by thrusting their roots deep into cracks in the rocks. On these shaded, north-facing slopes you'll also see tree branches covered in velvety growths of algae with an orange color that comes from carotene, the same pigment found in carrots.

The North Shore Trail offers a wonderful hike through the woods, with frequent views from overlooks of the coves below. Follow the trail all the way to Cannery Point, where there are spectacular views looking out to Carmel Bay.

Whalers Cabin, built by Chinese fishermen in the 1850s, and an adjacent museum document the late 19th-century whaling industry at Point Lobos, where an abalone cannery and granite quarry also once operated. Diving in Whalers Cove is permitted by permit only. Guided nature walks are offered regularly; a daily schedule is posted at the entrance station.

Note: Stay on designated paths and within the wire guides along trails. Avoid touching the leaves or dried stems of poison oak, which grows almost everywhere; it has glossy green leaves divided into three leaflets. Pets are not permitted within the reserve.