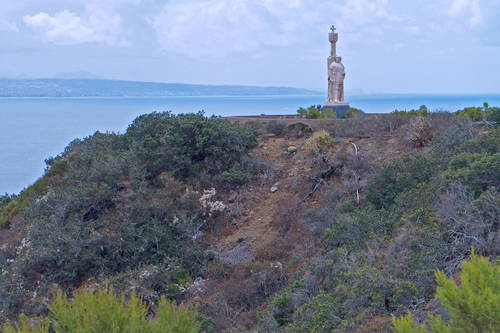 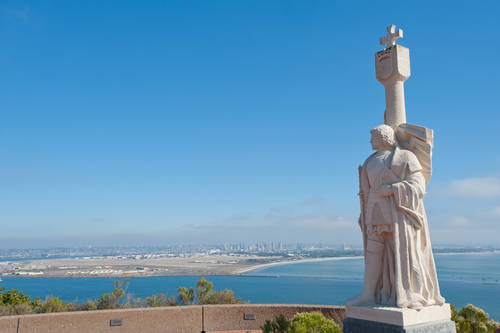 Shutterstock/Natalia Bratslavsky
2 Photos
AAA Editor Notes
Cabrillo National Monument, at the s. end of Catalina Blvd./Cabrillo Memorial Dr. on Point Loma, is approached through the gates of the naval base. Overlooking the city and harbor, the monument commemorates Juan Rodríguez Cabrillo's exploration of the West Coast of the United States in 1542-43. The Old Point Loma Lighthouse, which guided ships safely into San Diego Harbor 1855-91, has been refurbished and furnished. An interactive exhibit in the Assistant Keeper’s Quarters next door offers glimpses of keepers' lives, the operation of lighthouses and lenses, and the history of the Old Point Loma, Point Loma and Ballast Point lighthouses.

The Kelp Forest and Whale Overlook provides a good vantage for observing the migration of Pacific gray whales from late December through late February. A coast artillery system that defended San Diego Harbor during World Wars I and II is displayed in a former army radio station north of the lighthouse and is visible from the Bayside Trail which allows glimpses of the plants and animals that comprise a remnant of the sensitive coastal Southern California Mediterranean ecosystem. The visitor center presents DVDs, has exhibits about Cabrillo's voyage and provides information about park activities.