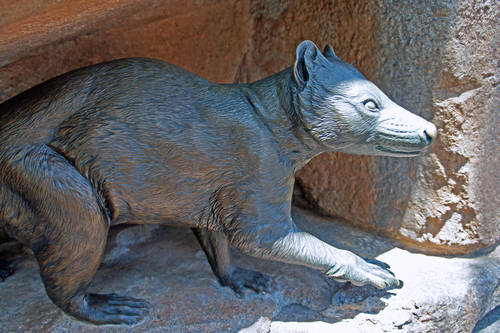 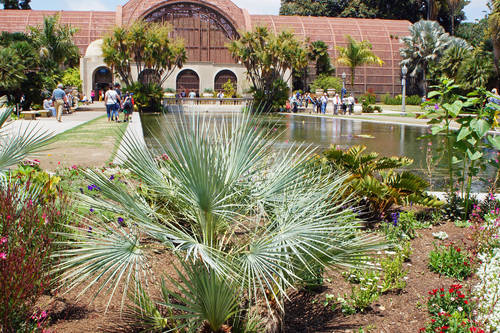 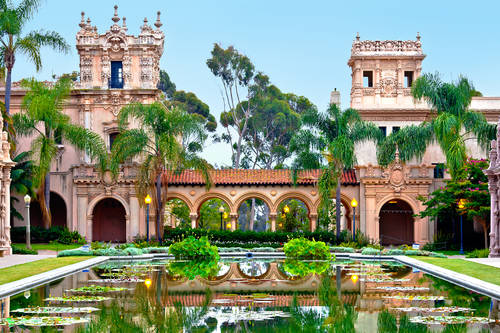 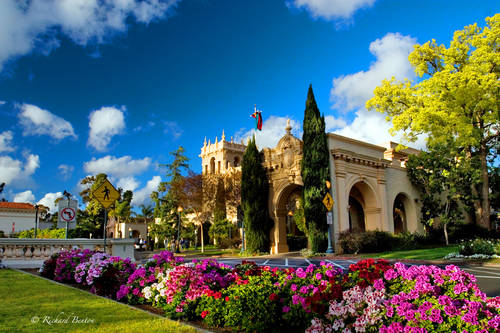 As the location of the Panama-California Exposition (1915-16) and the California Pacific International Exposition (1935-36), the lush grounds shelter many Spanish Colonial Revival buildings, which were built as temporary exhibit halls for the historic events. El Prado, a central promenade and boulevard in the western half of the park, is lined by several of the remaining structures—including the architecturally stunning California Building, home to the San Diego Museum of Us. A city icon, it showcases a blue-and-gold dome with a starburst tile design and the 200-foot California Tower—Balboa Park's most prominent feature. The three-tier tower contains a 100-bell carillon that chimes every 15 minutes.