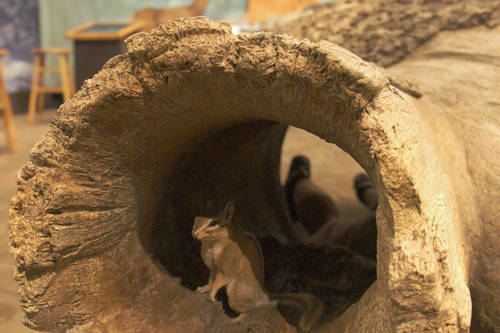 In Living Lab visitors get an up-close look at their not-so-cuddly neighbors, from stinging scorpions to elusive nocturnal lizards. Also included in this showcase is Insects Face to Face featuring 30 large-scale photographs of animals ranging from honeybees to cockroaches.

The giant-screen theater shows 2 and 3D nature films covering such topics as the Arctic, the desert and the ocean as well as the animals and humans that survive in these habitats. Changing exhibits also are offered.