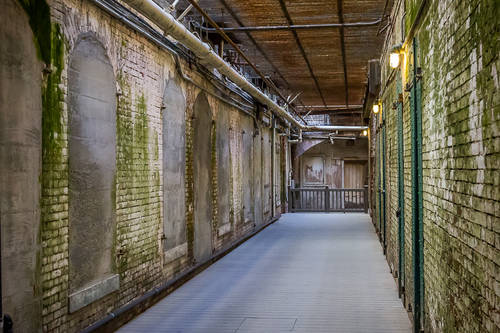 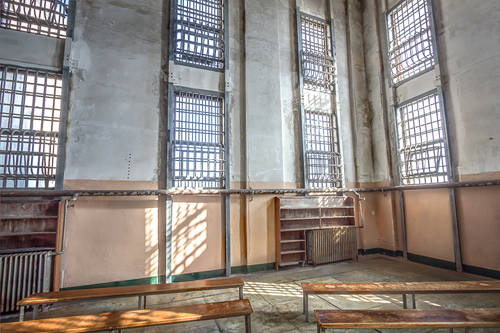 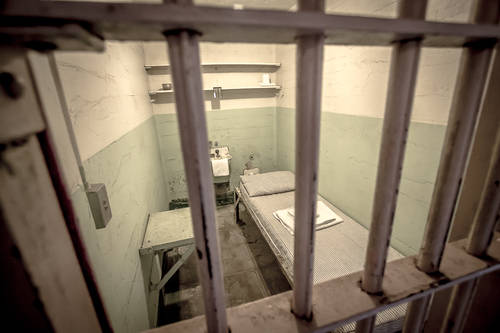 AAA/Inspector 511
3 Photos
AAA Editor Notes
Alcatraz Island, in San Francisco Bay, can be reached via Alcatraz Cruises ferries that depart from Pier 33 on The Embarcadero. Known as “The Rock,” Alcatraz was a maximum security federal penitentiary for almost 30 years before closing in 1963 due to high operating costs and deteriorating facilities. Among the notorious criminals who did time on The Rock were Al Capone, Machine Gun Kelly and Robert Stroud, the “Birdman of Alcatraz.”

One of the city's biggest tourist attractions is a fascinating piece of history. The buildings, including a guard tower, water tower, power plant, warden's house and four cellblocks, are in various states of disrepair. The recreation yard is a dismal-looking, fenced-in concrete rectangle. The prison cells—each furnished with a toilet, tiny sink and single bunk—are depressingly small and grim. Alcatraz was never filled to capacity; the average number of inmates was around 260.

The gardens add splashes of color and a great deal of beauty to the stark surroundings. Because it has no natural predators, the island also is a bird sanctuary. In addition to a large population of Western gulls, visitors will see such species as cormorants, black-crowned night herons and snowy egrets.

The ferry cruise takes about 15 minutes and offers a view of the San Francisco skyline and the Golden Gate Bridge. A 45-minute, self-guiding audio tour of the main prison building, narrated by inmates, correctional officers and their families, provides insight into what life was like on The Rock. A 17-minute orientation video, “Alcatraz: Stories from the Rock,” offers an informative overview.

Ranger- and volunteer-led outdoor interpretive walks focus on the island's military history, famous inmates, escape attempts, historic gardens and 19-month occupation by the Indians of All Tribes. Visitors also can explore on their own; self-guiding tour brochures are available at the dock for a small fee. Building 64 contains historical exhibits.

The Alcatraz Night Tour features a boat cruise around the island, a guided tour from the dock to the cell house, special programs and dramatic evening views of the city.

Note: Visitors are advised to buy tickets in advance year-round and especially from May through September, when they should be purchased at least 3 months ahead. Wear comfortable shoes and layered clothing to accommodate the unpredictable weather.