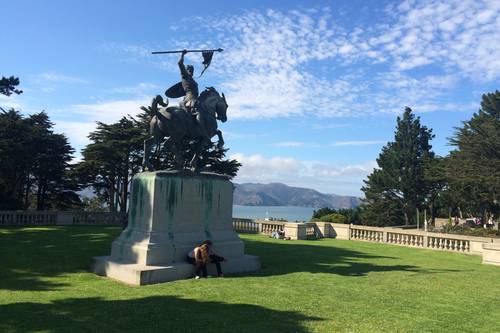 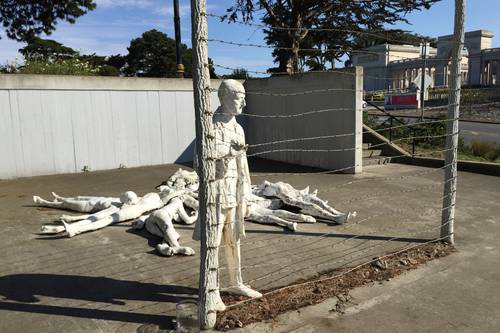 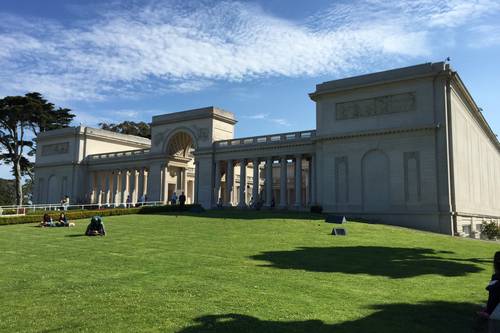 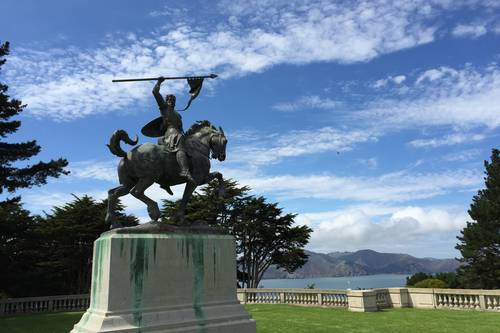 AAA/Greg Weekes
4 Photos
AAA Editor Notes
Legion of Honor is in Lincoln Park near the jct. of 34th Ave. and Clement St. This world-class art museum owes its existence to Alma Spreckels, wife of wealthy sugar magnate Adolph B. Spreckels. An avid art collector, Mrs. Spreckels persuaded her husband to fund construction of a three-quarter-scale version of the 18th-century Palais de la Légion d'Honneur in Paris. Dedicated to California soldiers who died in France during World War I, the museum opened on Armistice Day in 1924.

The permanent collection spans more than 4,000 years of art. “The Thinker,” a cast bronze and one of more than 70 sculptures by Auguste Rodin, dominates the outdoor Court of Honor; other noteworthy sculptures in the Rodin Gallery include “The Three Shades” and “Bust of Victor Hugo.”

Among the major gifts from Mrs. Spreckels' personal collection are French furniture, ceramics and decorative silver objects. Ancient works of art include antiquities from the Mediterranean and the Near East. Also on display are tapestries, porcelains, a group of illustrated books and an extensive collection of prints, drawings and photographs.

On the front lawn stands the equestrian statue “El Cid.” The 11th-century Castilian military leader holds a spear aloft while his steed looks toward a panoramic view of San Francisco Bay, with the Golden Gate Bridge in the distance.