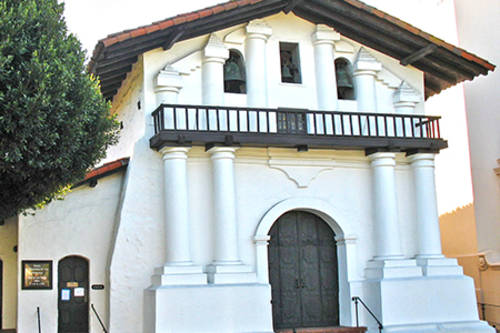 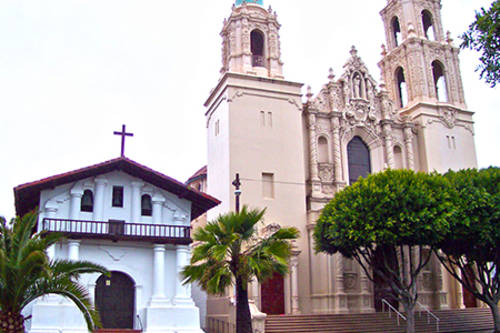 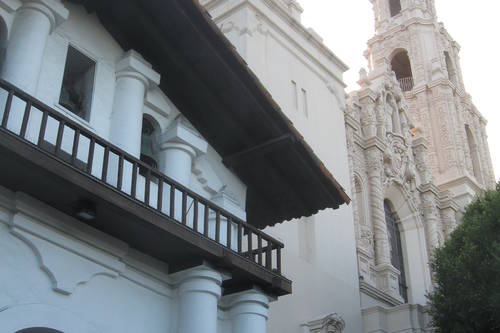 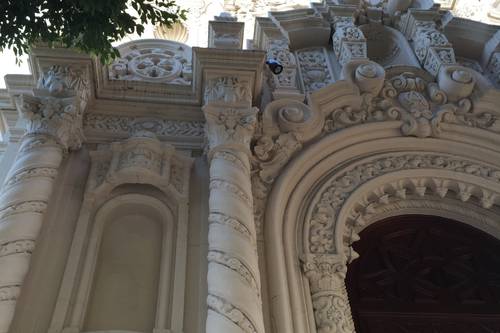 Daily mass still takes place in this venerable building, which has adobe walls 4 feet thick and retains the original redwood logs, still lashed together with rawhide, that support the roof. The reredos (altar screen), one of the most ornate examples of Baroque art among the California missions, was brought from San Blas, Mexico in 1797. The two side altars also came from Mexico in 1810 and feature wood columns that imitate marble.

While the mission withstood the 1906 earthquake, the adjacent brick parish church did not. The present concrete building was completed in 1918 and offers a striking contrast to the mission's simple appearance. The 1918 church was declared a basilica in 1952 by Pope Pius XII. It has an extravagantly decorative interior and beautiful stained-glass windows depicting St. Francis of Assisi, the mission's patron saint. A one-room museum displays religious artifacts and has exhibits about daily life at the mission, Father Serra and the Ohlone Indians who built the mission church.

More than 11,000 burials took place in the mission cemetery between 1782 and 1898; most of the markers designate individuals who died in the decades following the California gold rush, when San Francisco was a rapidly growing settlement that experienced a great deal of illness and many early deaths. A wooden grave marker acknowledges two Indians who were baptized, married and buried at the mission. The tall statue in the center of the garden is a likeness of Father Serra. Kim Novak and Jimmy Stewart walked through the cemetery in a scene from Alfred Hitchcock's “Vertigo.” Cool, leafy and quiet, it's a lovely spot for quiet reflection.