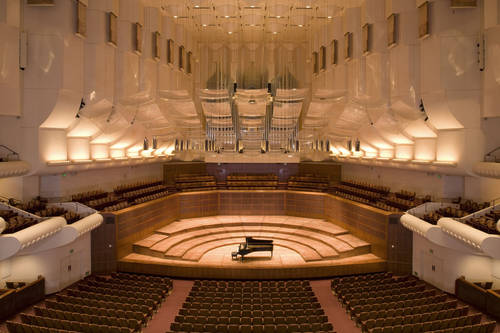 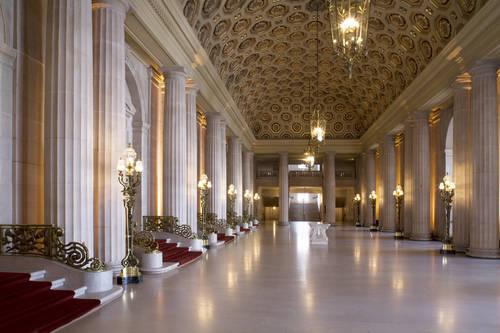 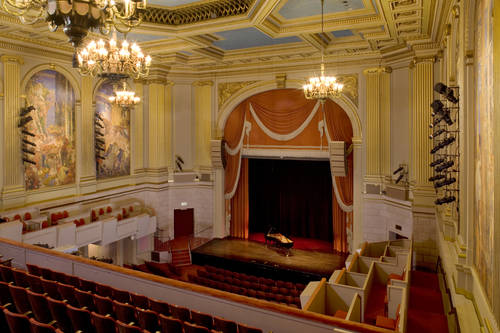 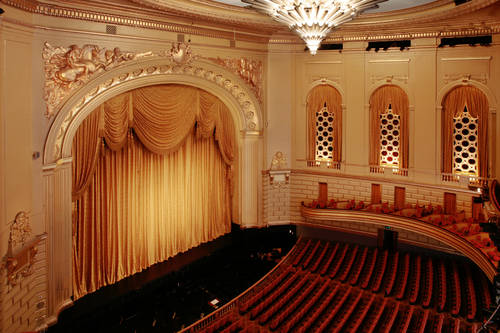 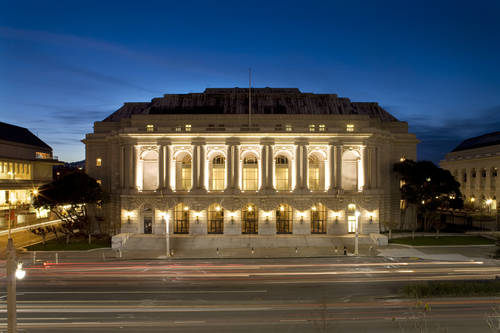 The stately War Memorial Opera House, built in 1932, is one of the last Beaux Arts buildings constructed in the United States. Along with ornate decorative accents, the main lobby features a 38-foot-tall ceiling. In contrast, Louise M. Davies Symphony Hall has a contemporary look, reinforced by the abstract bronze Henry Moore sculpture at the corner of Grove Street and Van Ness Avenue. The Herbst Theatre is a jewel of a facility, graced with a series of elegant murals by Frank Brangwyn that were originally created for the 1915 Panama-Pacific International Exposition.