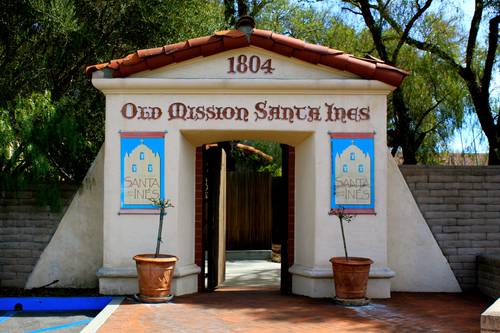 flickr/dailymatador
1 Photo
AAA Editor Notes
Old Mission Santa Inés, 1760 Mission Dr., contrasts with the town's Scandinavian motif. The mission, named for St. Agnes, was founded in 1804 as the 19th of the 21 Spanish colonial Alta California missions. At the peak of its prosperity, the 350-foot-square quadrangle housed workshops, storage rooms, and living quarters. The adjoining Native American village contained 80 family dwellings and more than 6,000 head of cattle grazed on the mission lands. Despite the toll taken by an 1812 earthquake and the 1824 Chumash Indian revolt against the Spanish soldiers, the “Hidden Gem of the Missions” survived.

Restoration was begun in 1904 and continues. The church still has an active congregation. A museum exhibits collections of Chumash and Spanish artifacts, as well as religious vestments and artworks. A 30-minute audio tour is included in the admission fee.