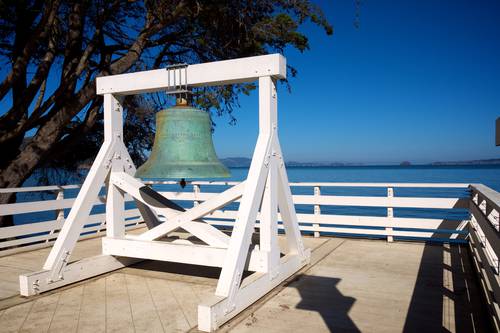 flickr/Frank Fujimoto
1 Photo
AAA Editor Notes
Angel Island State Park is on Angel Island; access to the island is by public ferry from Tiburon or San Francisco, or by private boat. Angel Island, scenically situated in the middle of San Francisco Bay, is famous for being a vantage point that offers splendid views of the San Francisco skyline, Mount Tamalpais, the Marin Headlands, Sausalito and the Golden Gate Bridge.

Initially inhabited by Coastal Miwok Indians, the hilly island also served as a U.S. Army post, and was a processing point for immigrants from 1910-40. POWs were detained on the island during World War II; it later functioned as a missile base and currently is home to two Coast Guard stations.

Note: Ferry service also is available from San Francisco and, seasonally, from Oakland and Alameda.