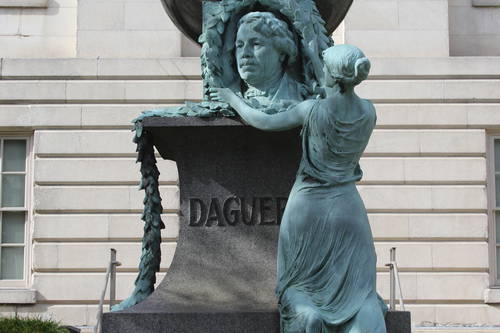 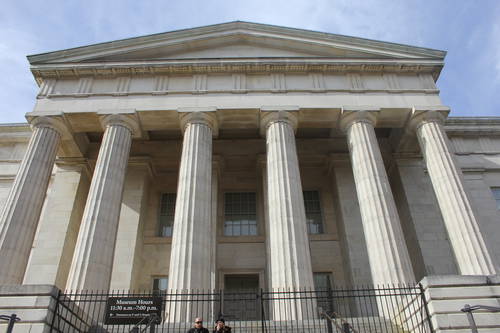 AAA/Photo submitted by Brooke Holt
2 Photos
AAA Editor Notes
Smithsonian American Art Museum is at 8th and F Streets N.W. and is one of the largest and most inclusive collections of American art in the world. The collection spans four centuries and reveals America’s rich artistic and cultural history from the Colonial period to today. With more than 7,000 artists represented the museum is a leader in identifying and collecting significant aspects of American visual culture through a diverse range of work including photography, modern folk and self-taught art, African American art, Latinx art, and video games.

Highlights from the collection include Albert Bierstadt's “Among the Sierra Nevada, California,” one of the artist's epic, idealized depictions of the American West in which everything looks larger than life. “Peacocks and Peonies I & II,” twin works of extravagantly decorative stained glass by John La Farge, have colors that positively pop.

One of the most popular contemporary work is Nam June Paik's “Electronic Superhighway.” Incorporating 336 TVs and multicolored neon tubing, which suggests the enormous scale and diversity of the United States. There are also exceptional examples of American impressionist paintings, masterpieces from the Gilded Age and works of contemporary craft on display.

In addition to viewing art, visitors are invited to explore behind the scenes. The Luce Foundation Center, a study center and visible art storage facility, displays thousands of works in a three-story, sky-lit space and offers weekly sketching workshops, an audio tour and other programs. The Lunder Conservation Center—five state-of-the-art labs and studios with glass walls—allows visitors behind-the-scenes views of the painstaking efforts that go into art conservation.

The museum is in the heart of Washington DC’s downtown cultural district in one of the oldest public buildings in Washington. The monumental Greek Revival-style building is also home to the National Portrait Gallery. The building’s construction began in 1836 and was completed in 1868. It originally housed the U.S. Patent Office, served as a hospital during the Civil War and was the scene of Abraham Lincoln's second inaugural ball. Visitors can take a self-guiding cell phone tour of the building's history; ask at the information desk.

The Robert and Arlene Kogod Courtyard is a sleek contemporary contrast. This enclosed, climate-controlled space is topped by an elegant glass canopy that lets in lots of natural light. It's not only a relaxing spot to sit, but also functions as an elegant venue for the museum's series of free public programs and performances.