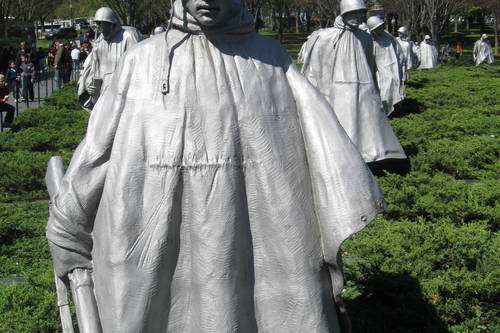 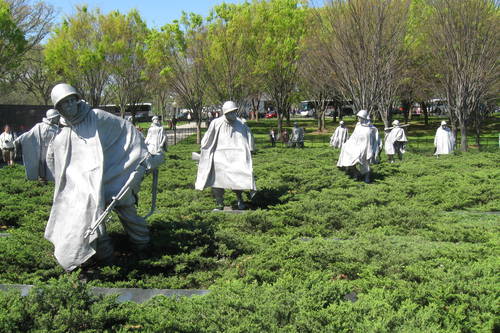 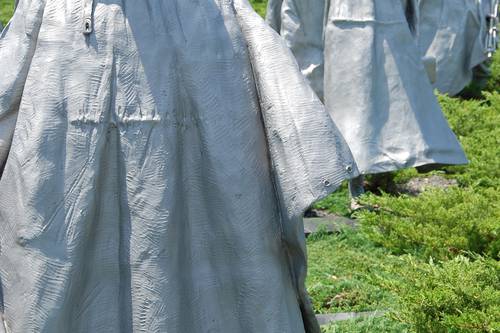 123RF.com/vacclav
3 Photos
AAA Editor Notes
Korean War Veterans Memorial is near the Lincoln Memorial between the Reflecting Pool and Independence Ave. It was erected in gratitude to the 1.5 million American military personnel who served in Korea from 1950 to 1953, and who returned home to a nation that was initially reluctant to memorialize a conflict initiated by the communist government of North Korea against its democratic southern neighbor.

Viewed from above, the layout of the memorial is a circle intersected by a triangle. The most striking aspect is the Field of Service, a group of stainless-steel statues. Created by World War II veteran Frank Gaylord, they depict a squad of American soldiers on ground patrol. Strips of granite and low-growing juniper bushes suggest the rugged Korean terrain only in the vaguest sense; it is the 19 poncho-clad soldiers—representing the U.S. Air Force, Army, Marines and Navy as well as different ethnic backgrounds—that convey a feeling of wariness and the unknown, seemingly cautioning visitors who have accidentally encountered them.

From a distance, the etched images on a 164-foot-long polished gray granite wall appear to be of the country's mountainous and rolling topography, but they are actually military archives photographs of support forces. Also etched in stone near the adjacent Pool of Remembrance are figures underscoring the war's toll—the number of men and women killed, wounded, missing in action and held as prisoners of war. Another granite wall bears the inscription “Freedom is not free.”