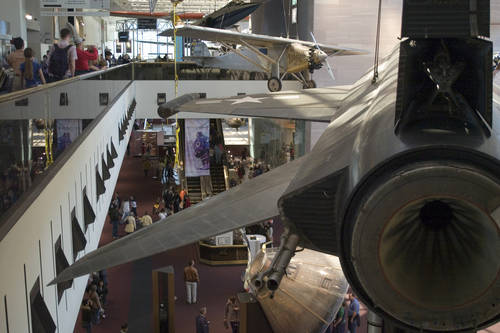 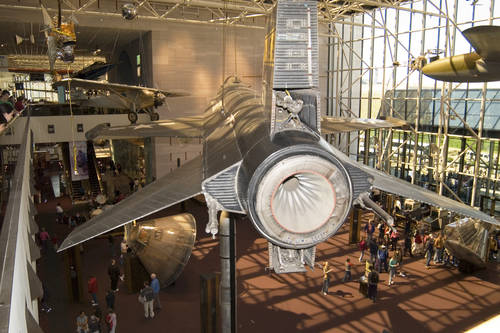 AAA/Photo submitted by Denise Campbell
2 Photos
AAA Editor Notes
National Air and Space Museum is on the National Mall at 6th St. and Independence Ave. S.W. One of Washington's most popular museums is part of the Smithsonian; it presents the history, science and technology of air and space flight.

More than 20 galleries document major air and space achievements both historical and technological. In The Wright Brothers & The Invention of The Aerial Age, you can see the 1903 Wright Flyer. You’ll have the opportunity to explore the history and technology of how scientist have explored and learned about the planets of our solar system in the Kenneth C. Griffin Exploring the Planets gallery. Exhibits also explain how exploration gives us a better understanding of Earth. Artifacts on display include a full-scale model of Mars rover Curiosity and a photomosaic globe of Mars.

Destination Moon will show you how mankind went from sending unmanned vessels to the moon in 1959 to Neil Armstrong landing on the moon in 1969, and in the One World Connected gallery you can learn how flight paved the way to global connectivity using satellites and advanced technology.

Nation of Speed celebrates man’s quest for speed and its impact on American culture. Mario Andretti’s Indianapolis 500 winning racecar and Sharp DR 90 Nemesis, an air-racing champion, are on display.

Additional gallery exhibits include, America by Air, Thomas W. Haas We All Fly and Early Flight.

Note: At time of publication, the museum was closed as part of a renovations project and is scheduled to open in fall 2022. Some exhibits will remain closed until renovations are completed in 2025.