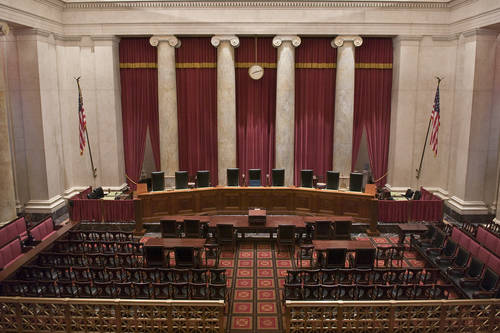 Collection of the Supreme Court of the United States/Steve Petteway 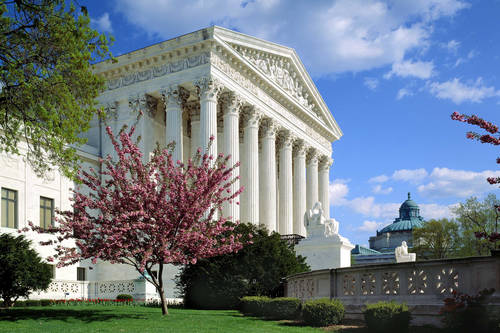 Collection of the Supreme Court of the United States/Steve Petteway
2 Photos
AAA Editor Notes
Supreme Court Building is at 1 1st St. N.E. between Maryland Ave. and E. Capitol St. N.E., facing the Capitol. The country's highest judicial body holds its sessions at this imposing white marble edifice, anchored by lofty Corinthian columns. Although the Supreme Court began hearing cases as early as 1790, the building, designed by noted architect Cass Gilbert, was not completed until 1935; prior to that the court sat in various locations.

Inscribed over the entrance is the court's statement of purpose: “Equal Justice Under Law.” Panels on the massive bronze doors depict the history of the development of law. Inside the Great Hall busts of all the former chief justices stand on marble pedestals. Architecturally noteworthy are two self-supporting, elliptical marble staircases with bronze railings that ascend five stories to the court library; only a few other buildings in the world have this feature. For the best view, stand on the ground floor and look up.

There are exhibits and a 24-minute film about the court on the ground floor. All sessions are open to the public; seating is on a first-come, first-served basis.

Note: At time of publication the Supreme Court Building was closed to the public; phone ahead for information.