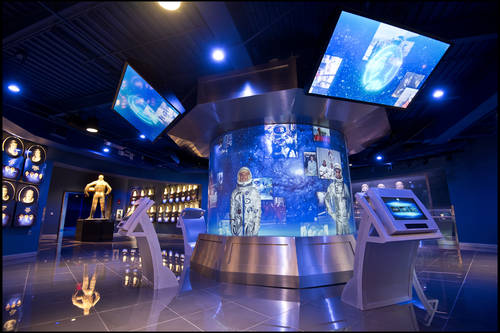 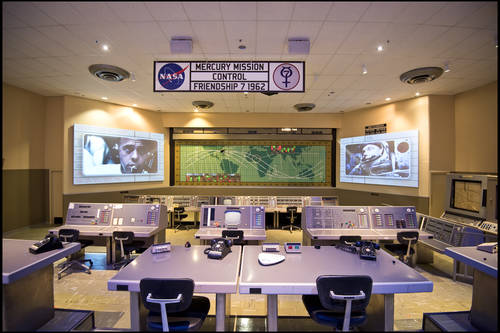 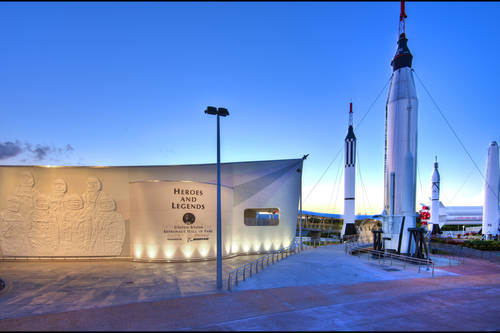 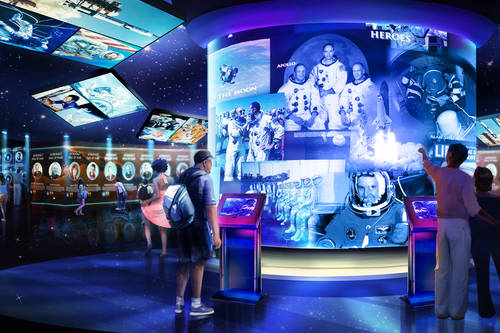 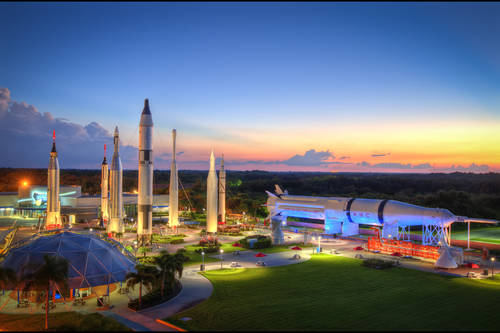 Courtesy of Kennedy Space Center Visitor Complex
6 Photos
AAA Editor Notes
Kennedy Space Center Visitor Complex is 10 mi. e. of I-95 on Space Commerce Way. Built in 1967, the modern facility explores the past, present and future of the U.S. space program. The orbiter Atlantis, which flew the last space shuttle mission in July 2011, is at the heart of the center's Space Shuttle Atlantis exhibit. Atlantis bears the scars of its 33 missions and sits at a 43-degree angle with its cargo bay doors open, allowing spectators to walk around the massive spacecraft and gaze at almost every square inch.

Question-and-answer sessions and personal stories are part of Astronaut Encounter, which brings guests face-to-face with men and women who have launched into space. The exhibit Forever Remembered showcases a section of fuselage from the shuttle Challenger and Columbia's cockpit windows,as well as personal memorabilia of the astronauts who lost their lives in these tragedies.

Special-interest programs also are available for an additional fee: Dine with an Astronaut enables visitors to share a meal with a space explorer, and Cape Canaveral Early Space Tour chronicles the space program in the early days. Heroes and Legends, featuring the U.S. Astronaut Hall of Fame offers simulated holograms, high-tech elements and special effects to tell the story of pioneering astronauts and the dangers of earlier missions.

Note: The Cape Canaveral Early Space Tour is available Wed.-Sun. only. Due to restricted access, each visitor must register with Visitor Complex security officers between 9 a.m. and 11 a.m. on the day of the tour. Register at the information center located at the main entrance. Food and free pet kennels are available. Allow 6 hours minimum to see the visitor complex and take the KSC bus tour. Arrive early to avoid crowds.