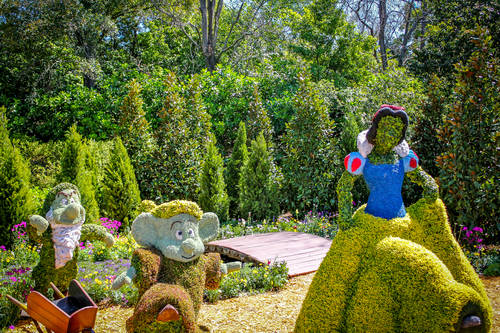 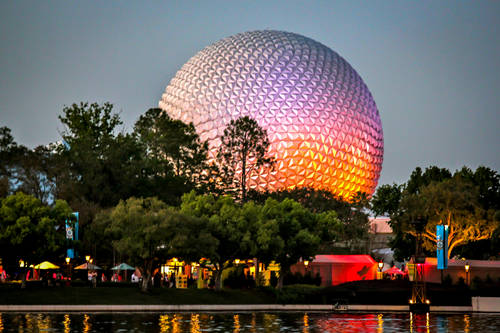 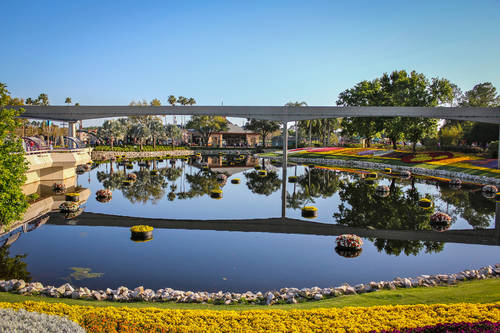 Design It. Floor It. On Test Track® Presented by Chevrolet®, you can design a virtual concept vehicle before boarding a special “SIM Car” and put your design through its paces. Discover how your custom concept vehicle performs on the hills, hairpin turns and straightaways of the Test Track circuit, at peak speeds of 65 mph. Afterward there are even more interactive experience to enjoy with your vehicle design. Steer over changing terrain and extreme conditions on a digital driving table, produce a TV commercial starring your “dream ride,” and immerse yourself in a Chevrolet showroom among other highlights.

Hoist the sails in Arendelle aboard an ancient Norwegian vessel as you set out into the wintry world of “Frozen!” On Frozen Ever After, you'll be whisked away to a frozen willow forest. Soon you will be rubbing shoulders with some “boulders”—aka Kristoff's family from Troll Valley—before bracing for the cold of the icy North Mountain, where Queen Elsa's enchanting palace awaits. (You might spot other “Frozen” characters as well.) When you're done, head to Royal Sommerhus where “for the first time in forever,” you're invited to meet with Anna and Elsa inside a cozy summer cabin.

Strap yourselves in for Soarin' Around the World, an epic re-imagining of a beloved Future World attraction. On the airborne adventure, you'll go hang gliding above some of the breathtaking wonders of the world. Whether you're soaring above man-made marvels like the Great Wall of China, cruising over natural sights like Iguazu Falls in South America or swooping past sailboats in Australia's spectacular Sydney Harbour, this is your chance to experience the joy of hang gliding as you never have before.

On The Seas with Nemo & Friends®, you don’t need gills to dive into undersea adventure—just a “clam-mobile.” So climb aboard and journey alongside Marlin and Dory on an exciting quest to find Nemo. Along the way, you’ll meet up with Bruce the shark, ride the EAC and come face-to-fin with some real-life fish in a gigantic aquarium. It’s an ocean of adventure inspired by Disney•Pixar’s “Finding Nemo.”

And while we’re on the subject of our underwater friends, gather ’round a window to the ocean for a real-time Q-and-A session with a totally tubular turtle at the Turtle Talk with Crush experience also inspired by the film. Using his high-tech “hydrophone,” Crush can communicate directly with little dudes and dudettes about literally anything that’s on their minds. Righteous!

Then come have a ball inside the incredible icon of Epcot—Spaceship Earth! Narrated by actress Dame Judi Dench, this classic attraction will take you from living in the past to picturing yourself in the future. Afterward, you'll get to experience an interactive playground area where you can build, play, create, compete and explore.

Then there's the cartoon clubhouse of the future at Epcot® Character Spot. The future is here … along with Mickey Mouse, Minnie Mouse and Pluto.

Over in World Showcase, you can travel around the world without needing a passport. Here, 11 great nations offer the best of their food, music, products and culture. Journey through the poetic mountains of China, soar in a balloon over France and sail down a river in Mexico. Plus, you can shop ’til you drop, indulging in tempting Guerlain fragrances, Goebel Hummel figurines, glass etchings, antiques, trinkets, jewelry, gifts, toys and more.

And while you’re in World Showcase, you can become a secret agent and go undercover during Disney Phineas and Ferb: Agent P’s World Showcase Adventure. Join Agent P (better known as Perry the Platypus) on this interactive quest and help solve clues to thwart some of Dr. Doofenshmirtz’s most daringly evil plots.

The grand finale to your day? IllumiNations: Reflections of Earth, an inspiration of music, fireworks, lasers and special effects celebrating the planet we call home and the spirit of humanity.

Of course, during special times of the year, there’s even more magic to discover, and it’s included with your admission—like the fantastically fresh Epcot® International Festival of the Arts, where you can kick off your year with world-class cuisine, visual art and amazing live entertainment; and Epcot® International Flower & Garden Festival (early March-late May), where you can celebrate all things spring. At this incredible event, you can enjoy locally grown gardens and Disney Character topiaries, freshly picked music, garden-inspired recipes at a variety of outdoor kitchens and more.

Then come taste your way around the world in the fall during the Epcot® International Food & Wine Festival (late August to mid-November), where you’ll discover more than 30 international food and beverage marketplaces, signature dining experiences with celebrated chefs, culinary demonstrations and wine seminars. There’s also the live Eat to the Beat Concert Series, featuring nightly performances from popular artists.

Note: Attractions based on films “Guardians of the Galaxy” and “Ratatouille” are scheduled for the former Universe of Energy pavilion on the Future World side and the France pavilion in World Showcase, respectively; the park remains open. Lunch and dinner reservations at full-service restaurants should be made in advance of your visit.