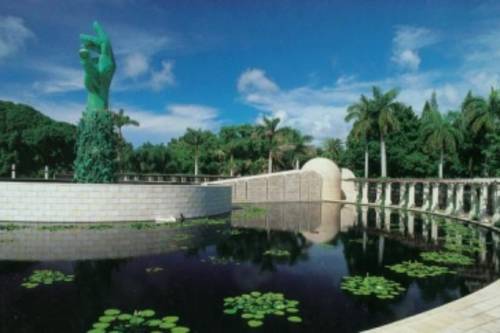 Holocaust Memorial Committee/not available
1 Photo
AAA Editor Notes
The Holocaust Memorial, 1933-45 Meridian Ave., is dedicated to the memory of the 6 million Jewish men, women and children who suffered and died at the hands of the Nazis during their rule of Germany. The focus of the memorial is a 42-foot-high bronze arm rising from the ground; sculptured people climb it, looking for an escape.

Other features include a memorial wall with black granite panels etched with names of victims; a series of vignettes displaying victims helping victims; a photographic mural of holocaust history; a meditation garden; and the Dome of Contemplation with an eternal flame. A 20-minute documentary on the memorial's creation can be viewed free upon request from 9 to 3.