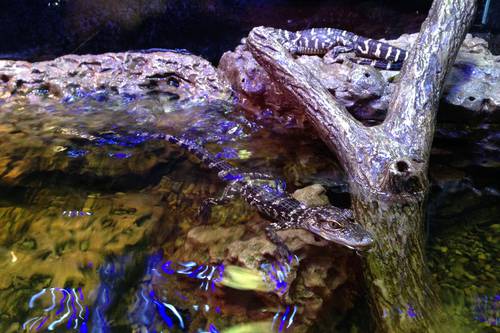 "Journey Through The Human Brain" is a neuroscience exhibit sponsored by the FAU Stiles-Nicholson Brain Institute. "Science on a Sphere" projects images of storms and climate change on a 6-foot-tall globe. A conservation station where visitors can research the Everglades also is available. The "Discovery Center" offers hands-on exhibits for younger children, while right next door "Out of This World" is home to a 232-pound meteorite and a hurricane simulator.

The Marvin Dekelboum Planetarium offers full-dome star shows and movies. An Observatory, open on Fridays during Nights at the Museum, features an F/11 refractor, one of the largest in the state. Outside, a conservation-themed 18-hole miniature golf course, set within a butterfly garden, can be played off the Fisher Family Science Trail that connects 15 interactive exhibits, including the Physics Forest, a shark tooth dig, gem panning station, dino dig and the FPL SolarScape splash pad.