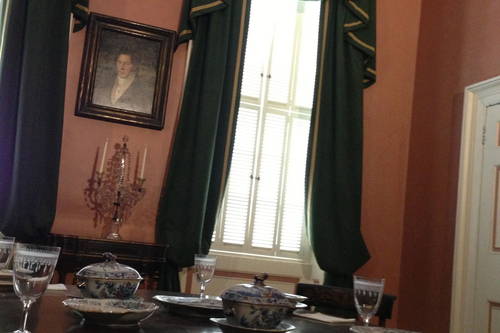 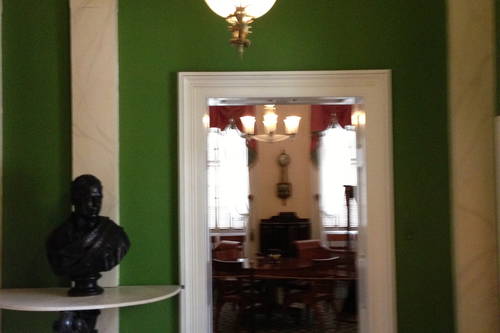 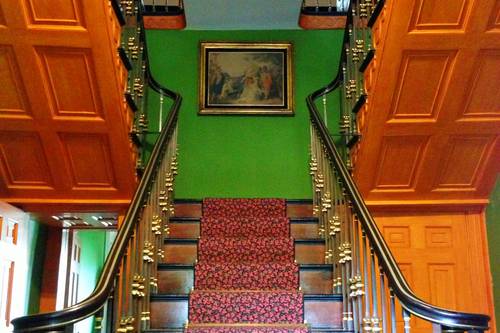 AAA/Lisa Hendren
3 Photos
AAA Editor Notes
Owens-Thomas House and Slave Quarters, 124 Abercorn St. on Oglethorpe Sq., was designed by English architect William Jay. Influenced by classical antiquity, he built the elegant residence over a 4-year period beginning in 1816 using both domestic and imported materials, and designed an innovative plumbing system. In 1825 the Marquis de Lafayette was a guest here.

The English Regency house is furnished with rare antiques and contains decorative arts owned by 19th-century city residents. An English-inspired parterre garden connects the main buildings. The carriage house, also the departure point for tours, is where enslaved laborers once resided. Considered one of the most well-preserved urban examples, the site contains an orientation gallery and exhibits. Its rare “haint blue” ceiling was said to protect against spirits.

The tour includes information on the lives and relationships between the Owens family and the enslaved people who worked on the property.