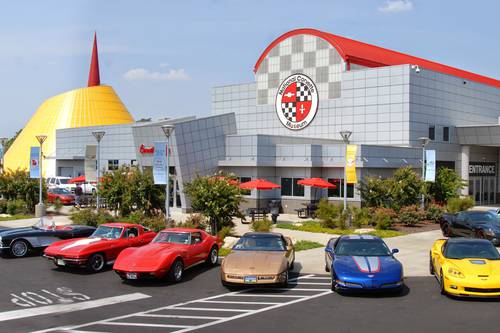 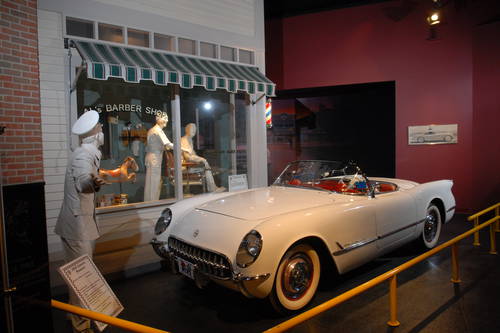 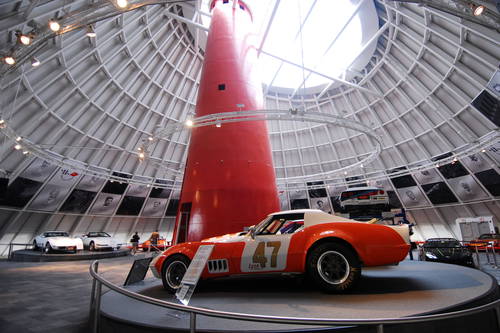 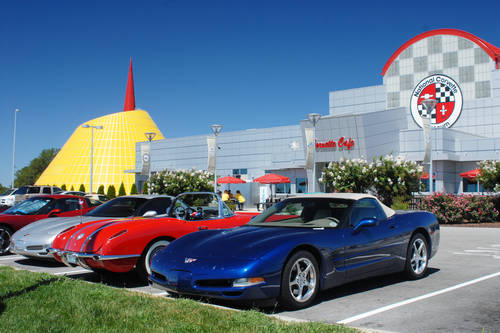 Courtesy of National Corvette Museum
4 Photos
AAA Editor Notes
National Corvette Museum is off I-65 exit 28, across from the General Motors Bowling Green Assembly Plant. In 115,000 square feet of space, the museum showcases more than 80 ’Vettes—actual models as well as concept cars—including one of the original 1953 Corvettes, the only 1983 Corvette in existence, and other rare Corvettes. Exhibits feature the cars in realistic period settings such as a 1960s Mobil station, a dealership showroom from the ’60s, the legendary Route 66 and an early assembly line.

Get a hands-on experience in the KidZone, on the Corvette Racing Simulator and with rides in vintage Corvettes (seasonally and weather permitting). A 165-seat theater offers an orientation film, while the museum's Skydome Sinkhole Experience exhibit features the sinkhole that notoriously swallowed eight Corvettes.