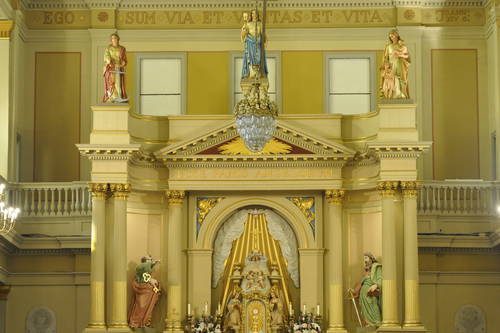 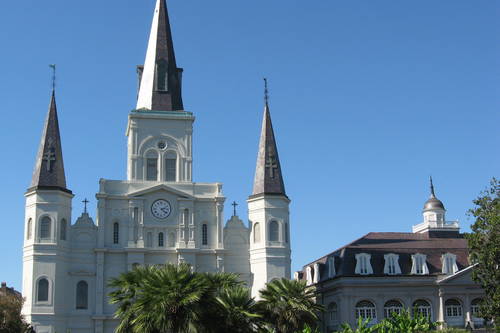 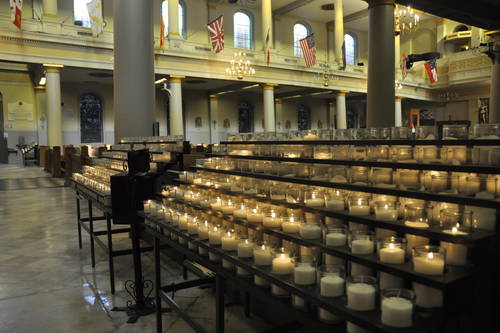 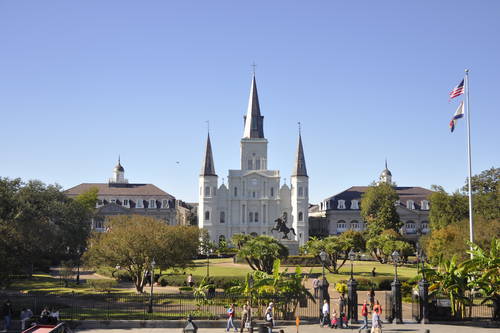 AAA/Photo submitted by Brooke Holt
4 Photos
AAA Editor Notes
Cathedral-Basilica of Saint Louis King of France is on Jackson Square at 615 Pere Antoine Alley. One of the oldest and most photographed churches in the country, the cathedral is a combination of three places of worship built on this site. The first church can be traced to 1727. The second was completed in 1794 as part of the beneficence of Don Andres Almonester de Roxas, who spent a substantial part of his fortune rebuilding New Orleans after the second great fire. Don Andres is among the distinguished Frenchmen and Spaniards interred in the church.

Remodeling in 1851 maintained the original Spanish facade of the church, but the current nave was rebuilt in the style seen today. St. Anthony's Garden behind the church was once part of the original vegetable garden and, contrary to legend, was never a dueling spot. The basilica remains an active force in the life of New Orleans.