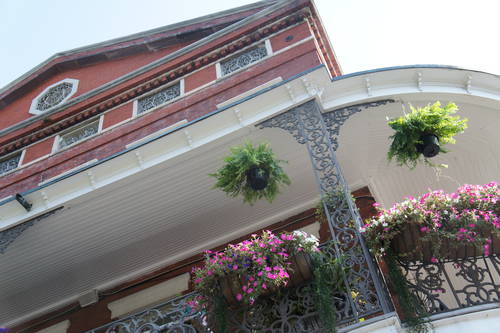 AAA/Photo submitted by Maria White
1 Photo
AAA Editor Notes
Pontalba Buildings flank Jackson Square on St. Peter and St. Ann sts. The red brick apartment houses were erected in 1849 by the Baroness Micaela Almonester de Pontalba, who is credited with transforming the dusty parade ground into a handsome garden park. The Renaissance-style buildings were intended to stem the uptown flow of business. Although they failed in that, for many years they were among New Orleans' most desirable addresses. The 1850 House (The Lower Pontalba Building) is the only one open to the public.