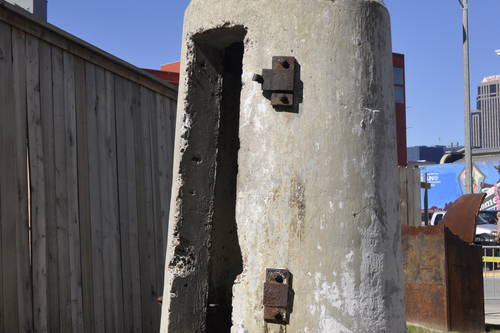 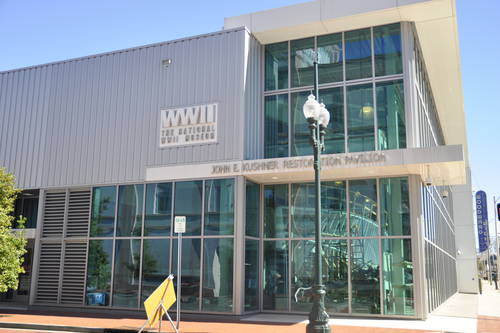 Permanent exhibits explain the history of the Pacific and European Theaters, the D-Day invasion of Normandy and the daily life of civilians through the exhibit—The Arsenal of Democracy. Items from the museum collection are displayed on a rotating basis, and special exhibits also are presented.

The museum campus includes the Solomon Victory Theater, which shows “Beyond All Boundaries,” a cinematic experience featuring 4-D special effects and narration by actor Tom Hanks.

Also on on-site, BB's Stage Door Canteen is a 1940s-style live entertainment venue that features music and entertainment from that era, and the Jeri Nims Soda Shop offers 1940s-era meals. With its glass exterior walls, the John E. Kushner Restoration Pavilion offers an up-close look at some of the Museum's macro-artifacts and allows visitors to learn how STEM (Science, Technology, Engineering and Math) were used to solve some of World War II's most difficult problems. Final Mission: The USS Tang Submarine Experience at the US Freedom Pavilion: The Boeing Center, is an intense interactive production based on an epic WWII battle.

The stunning pavilion Campaigns of Courage houses the Road to Berlin: European Theater Galleries and the Road to Tokyo: Pacific Theater Galleries. Re-creating locations in the war's two fronts, the exhibitions feature immersive galleries for a 360-degree experience of key strategic moments.

New Orleans was chosen as the site of the museum, a Smithsonian Institution affiliate, to honor Andrew Higgins, a local boatbuilder whose amphibious landing craft was credited by Dwight Eisenhower with winning the war. A restored Higgins boat, aircraft and macro-artifact landing craft are displayed. Outside the entrance, tree-lined Founders Plaza provides visitors a place to relax.