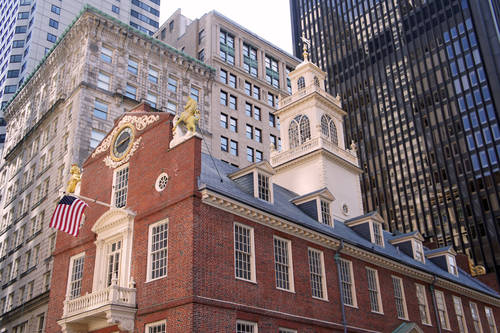 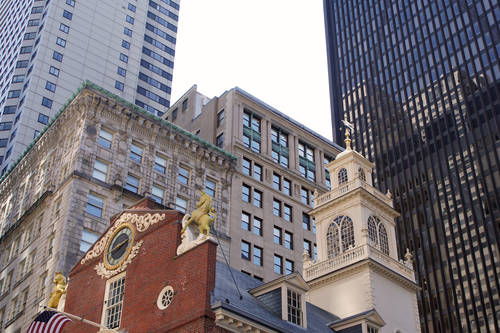 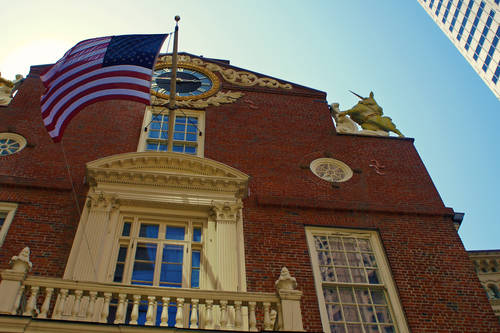 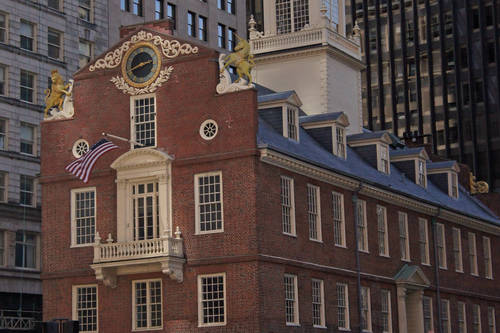 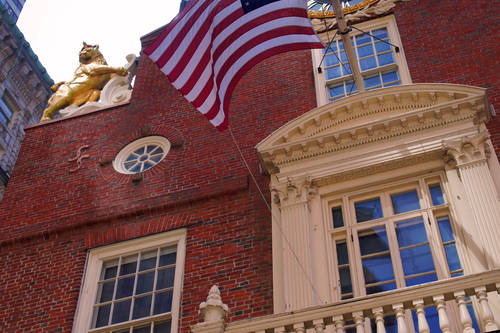 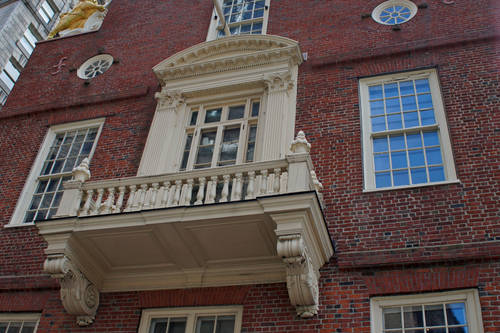 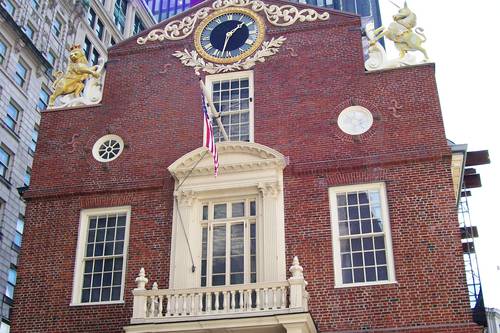 AAA/Photo submitted by Maria White
7 Photos
AAA Editor Notes
Old State House is at 206 Washington St. at the head of State St. The building is on the site of the old 1657 Town House. The present structure, built in 1713, is considered to be Boston's oldest public building. Royal governors and provincial representatives presided at the town house before the Revolution. The Boston Massacre occurred at the east front in 1770, and the Declaration of Independence was read to Bostonians on July 18, 1776, from the balcony. In 1780 John Hancock was inaugurated at the state house as first governor of the commonwealth.

The Bostonian Society maintains the building as a museum of Boston history. Exhibition items include tea from the Boston Tea Party, a replica of a coat that belonged to John Hancock, a model of the USS Constitution, paintings, prints and other artifacts.