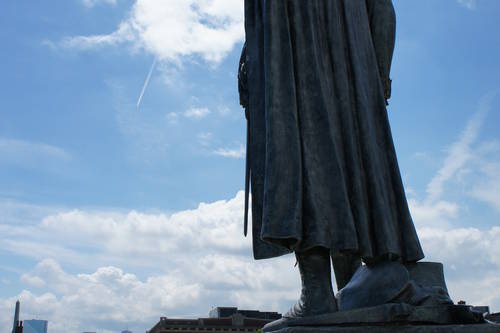 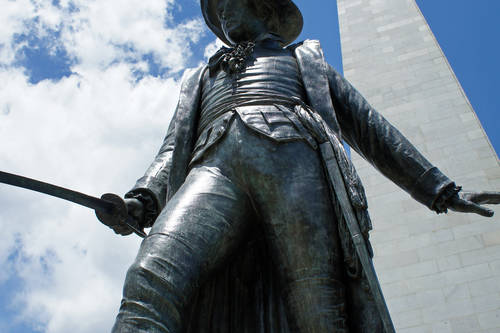 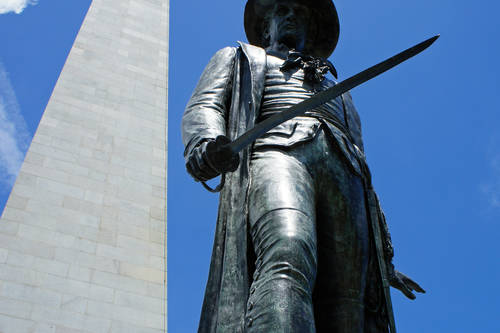 AAA/Photo submitted by Maria White
3 Photos
AAA Editor Notes
Bunker Hill Monument is in Monument Square in Charlestown. Part of Boston National Historical Park, the monument—a 221-foot-tall granite obelisk on Breed's Hill—marks the site of the one of the American Revolution's first major conflicts, the Battle of Bunker Hill. The oft-photographed likeness of Col. William Prescott at the base of the pillar and the statue of Dr. Joseph Warren, housed in the adjacent exhibit lodge, pay tribute to two heroes from the June 17, 1775, battle. An observation deck at the top of the monument is reached via a 294-step spiral staircase.

Bunker Hill Monument is temporarily closed for restoration work as of March 2022. Educational programs are offered. Leashed pets are permitted on the grounds but not inside the monument. Note: The climb to the top involves 294 stairs. April through June, visitors who wish to climb to the monument's observation deck must first obtain a free, first-come, first-served pass at the Battle of Bunker Hill Museum.