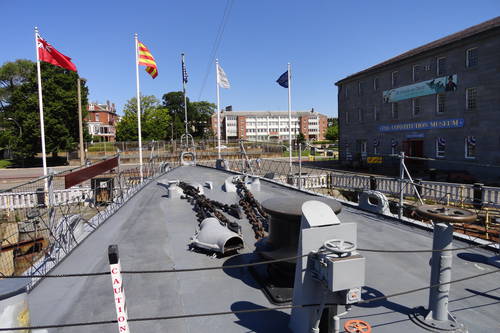 Wikimedia Commons / CC BY SA/Kevin Rutherford
1 Photo
AAA Editor Notes
USS Cassin Young, off I-93 exit 28 in Charlestown Navy Yard at Pier One, is named in honor of a U.S. Navy commander awarded the Medal of Honor for his heroism during the attack on Pearl Harbor. Restored at the Charlestown Navy Yard in the 1950s, the original destroyer was commissioned in 1943 and served during World War II and the Korean War. Today, the ship is a memorial to the men who served on destroyers and to their vessels.