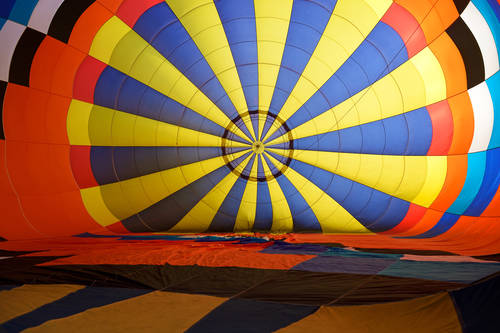 anakeseenadee/iStockphoto.com
1 Photo
AAA Editor Notes
Anderson-Abruzzo Albuquerque International Balloon Museum is at 9201 Balloon Museum Dr. N.E. Embrace the spirit of adventure through interactive exhibits about balloon flight, which dates to the early 1700s. In addition to highlighting the history of ballooning, exhibits also reveal the many uses of balloons in the scientific realm, from weather forecasting to the development of Project Strato-Lab, a U.S. Navy program designed to gather data about human physiology in the stratosphere and a precursor to space exploration.

Other exhibit topics include recreational ballooning and lighter-than-air craft used in conflicts ranging from the Civil War to World War II. Colorful balloons of all shapes and sizes are suspended throughout the two-story grand hall, and some can be viewed up close from a catwalk. Collections include gondolas, balloon systems, books, ephemera and decorative arts.

The museum is named after pioneering balloonists and Albuquerque natives Maxie Anderson and Ben Abruzzo, who, along with a third pilot, were the first to cross the Atlantic Ocean in a gas balloon.